Bloodhound SSC Will Have A First Record Attempt In 2019 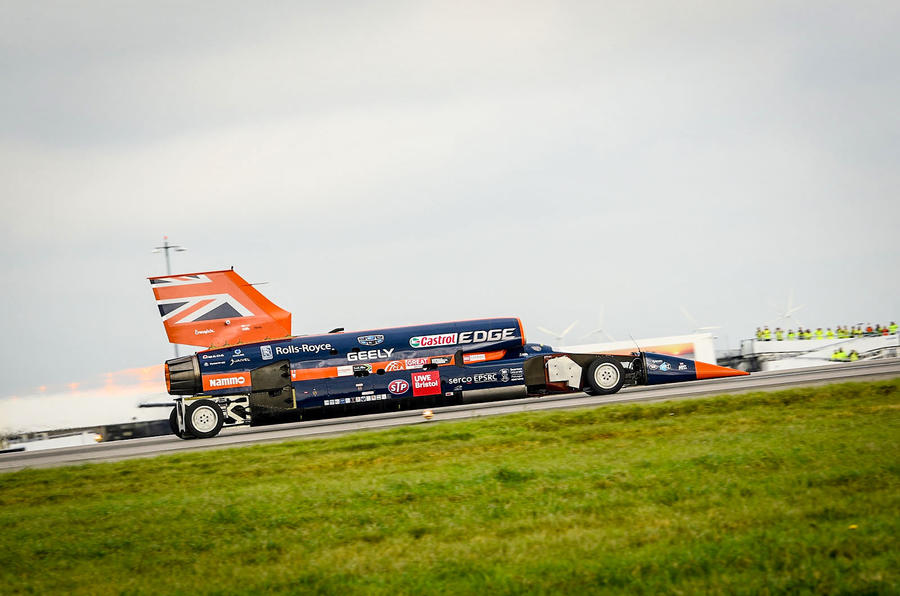 At this stage, it looks like the first high-speed run will take place next year May at the Hakskeen Pan in the Northern Cape desert of South Africa before going for a record towards the end of 2019.

It’s first desert run will see it reach 500 mph (805 km/h) which is seen as one of the riskiest speeds for the car. Between 400 mph and 500 mph, the car’s progress is no longer dictated by its contact with the ground but its aerodynamics, making the car at its least stable. This will be the first time its 35-inch aluminium wheels will be used.

50 test tracks will be marked out at the final desert location with each being used only once due to the car breaking the mud surface on each run. Normal wheels cannot be used, as tyres will disintegrate at these speeds due to the centrifugal force generated at these speeds.

When the car does eventually go for the record, the thrust produced for this run will reach 20 tonnes, which is equal to the power all nine RAF Red Arrows Hawk aircraft produce when combined or 180 Formula 1 cars.

Bloodhound SSC
Share. Facebook Email Twitter LinkedIn WhatsApp Telegram
Previous ArticleAudi RS6 vs. Ariel Atom Is a Strange But Enjoyable Drag Race
Next Article You WILL Get A Fright Watching This Beer Keg Smash Into A Car In Australia