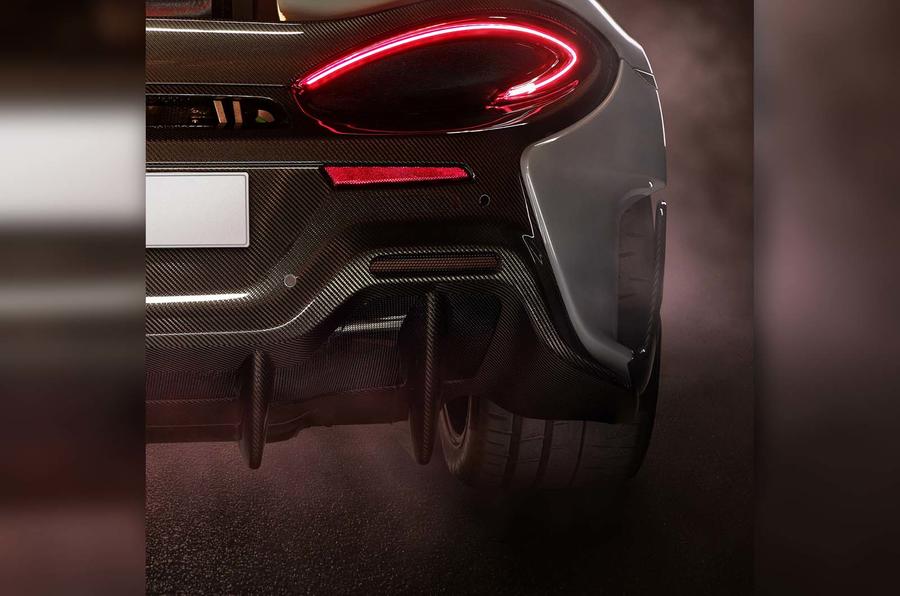 McLaren has revealed a single image hinting at the upcoming LT version of the 570S.

The image shows the familiar rear of the 570S but with more aggressive tyres than the standard car, styling changes such as side blades for improved aerodynamics and one major omission: the exhaust.

Could we see a top-exit exhaust like the 675LT? It sure seems like it since it is not in shot and it should produce a much better soundtrack as well as saving weight.

The 570LT is tipped to have a power output of more than 600bhp (608 hp; 447 kw) but the focus of efforts, as with the earlier 675LT Super Series model, has been directed towards weight reduction and aerodynamic optimisation.

Really hope they include some form of rear wing (active or fixed) as the 570S profile needs it to complete the look we have all come to love from the 675LT.