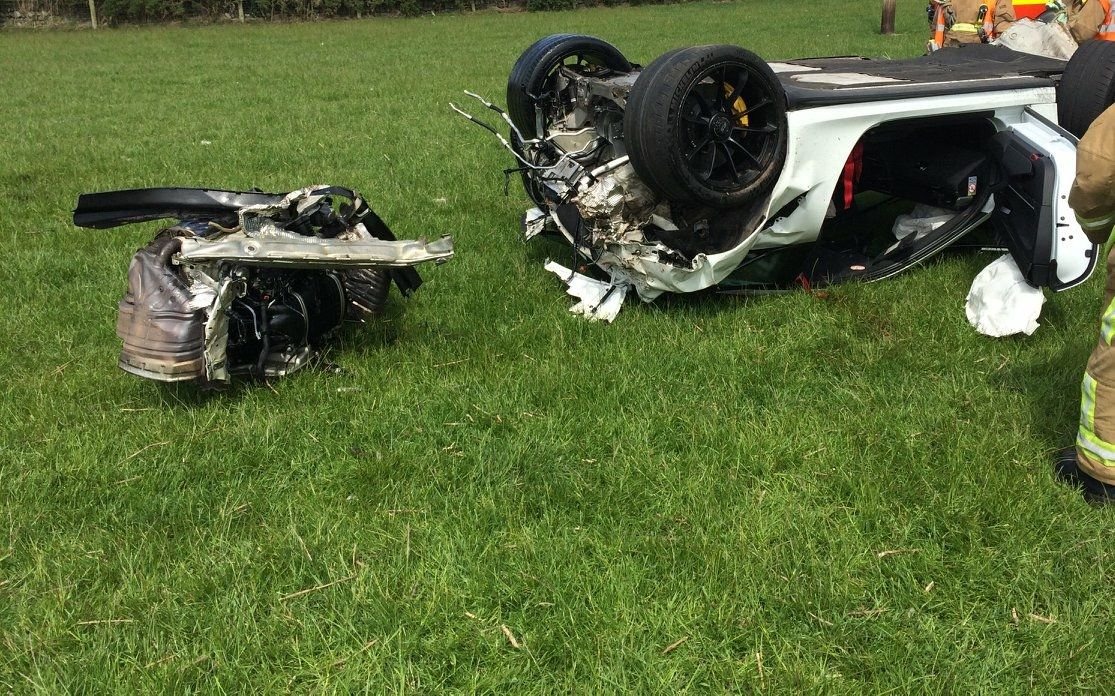 At this stage the exact details of the incident are scarce but judging by the pictures, the driver of the track machine must have misjudged a corner resulting in the climb of a large embankment on the side of the road. It was moving with enough pace to tumble rather far from the ‘launch’ site before coming to rest on its roof.

Parts of the car were scattered across the paddock and the entire flat-six engine and exhaust system have been ripped from the rear. Additionally, much of the front fascia appears to have been torn off and the only exterior parts which seem to have escaped any obvious damage are the doors.

The driver was, reportedly, alone in the car at the time of the crash and escaped without serious injuries. Considering how badly the car was beaten up, he must consider himself extremely lucky to simply have walked away from this one.