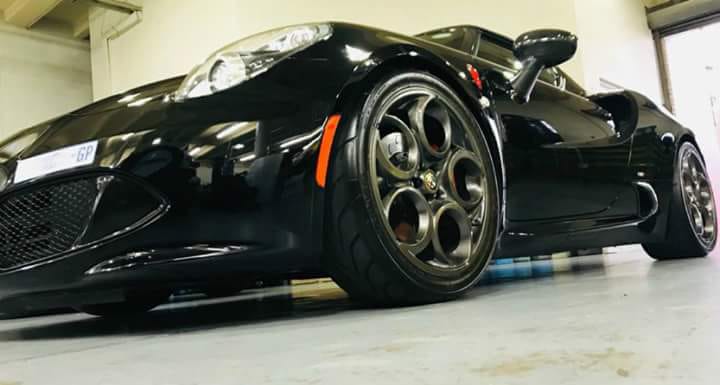 The tuner is calling it a “radically uprated” version of the stock engine but at this stage nothing has been mentioned about what these performance gains have done to the 0 to 100 km/h time (4.5 seconds standard).

The upgrades include the addition of Arrow Rods and Omega Pistons, a gas-flowed ported cylinder head and a carbon-fibre cold air intake system. The compression ratio of the engine has also been increased, while a larger Garrett GTX28/71R ceramic ball bearing turbocharger on a custom ceramic-coated turbo manifold has been added (with maximum boost hiked from the standard 1,45 bar to 2,45 bar). A water-methanol injection system is also part of the upgrade, while the transmission gains an oil cooler and an uprated Alfaworks clutch.

The owner is planning to use this pocket rocket on the track so they upgraded the braking system, lowered the suspension with KW kit and fitted some wider wheels.

“This was much more than a bolt-on. In fact, we scoured the planet and carried out extensive research to find the very best components to build this engine. The internals are upgraded in every area – as one would expect of an engine designed to cope with twice the factory output,” said RGMotorsport founder, Rob Green.

“When we first took a close look at the 4C we felt that it had the makings of a ‘mini-supercar’ and set out to turn it into one. But the reality is that there isn’t anything ‘mini’ about it anymore – this is now an authentic, red-blooded Italian supercar.” 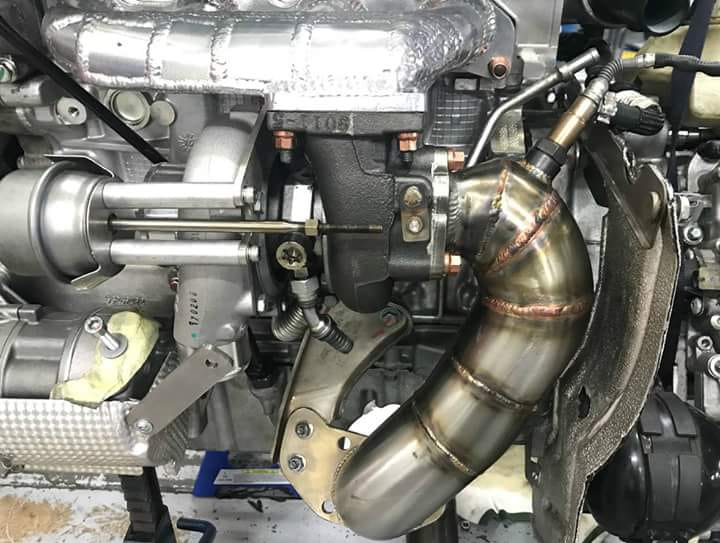 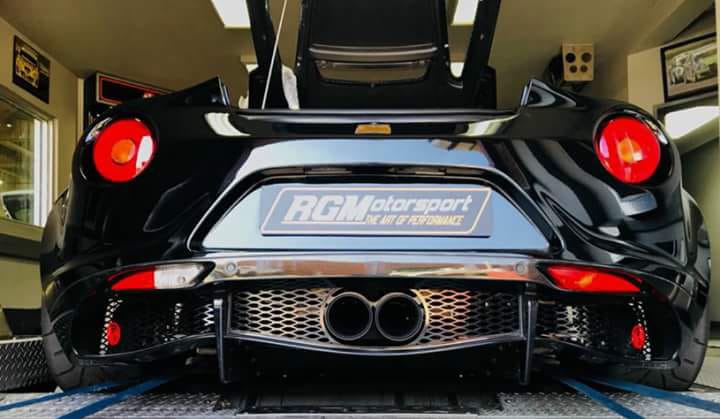