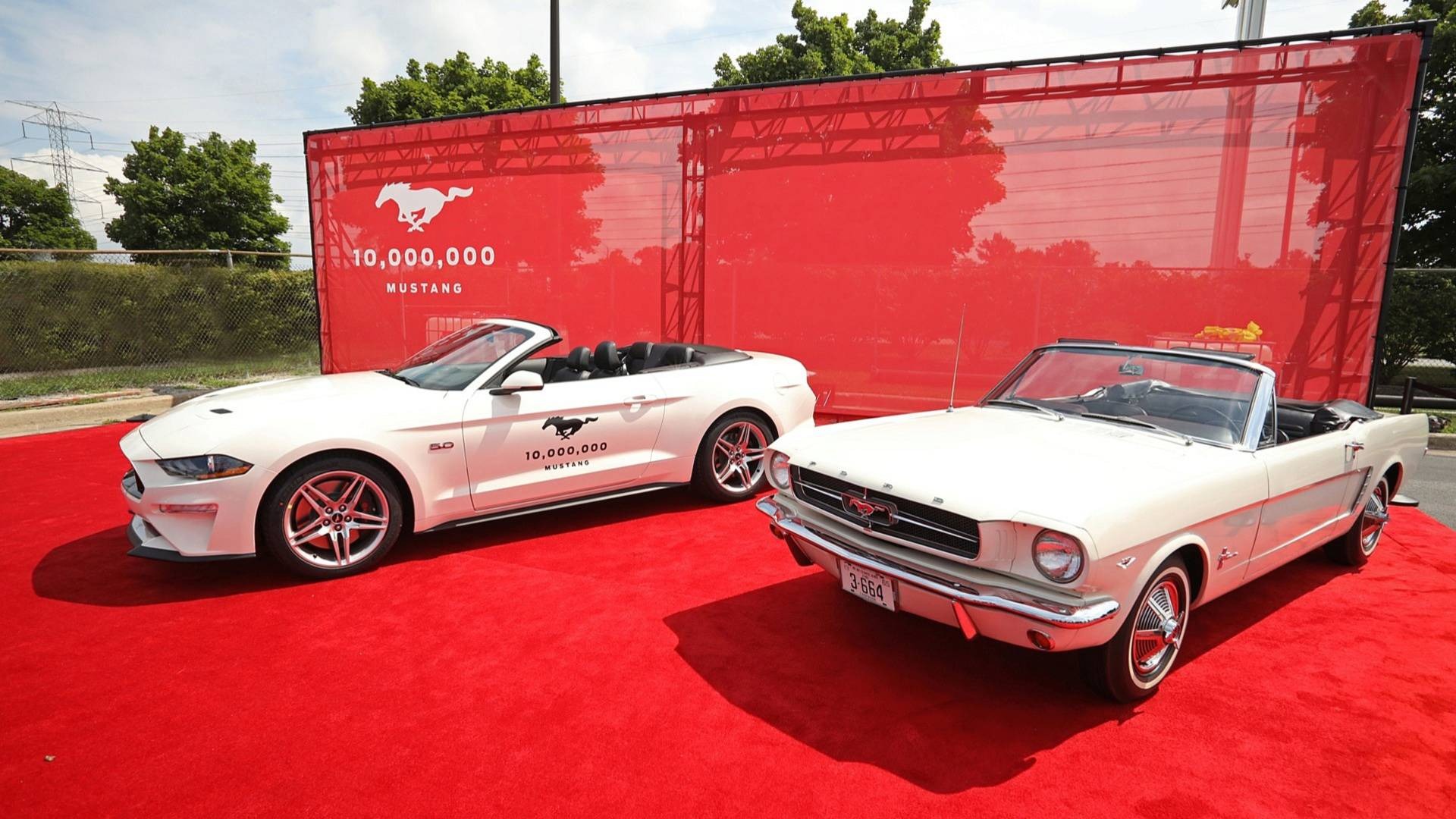 It has been labelled as America’s favorite sports car for the last 50 years and by far the best-selling sports car in the world in the last three years so it comes as no surprise they Ford has produced millions of these pony cars.

Well the 10,000,000th Mustang has just rolled off the production line in Michigan and it was celebrated as only Ford know how to.

The milestone was celebrated at Ford’s Dearborn headquarters with flyovers from three WWII-era P-51 Mustang fighter planes, as well as a parade of Mustangs from the last five decades. During its production run of 54 years, the Mustang has also been produced in San Jose, Metuchen, and the original Mustang production plant in Dearborn.

Ford explains the car is finished in the same colour as the first serialized Mustang with VIN 001, produced back in 1964 which also had a V8 engine and a manual transmission. 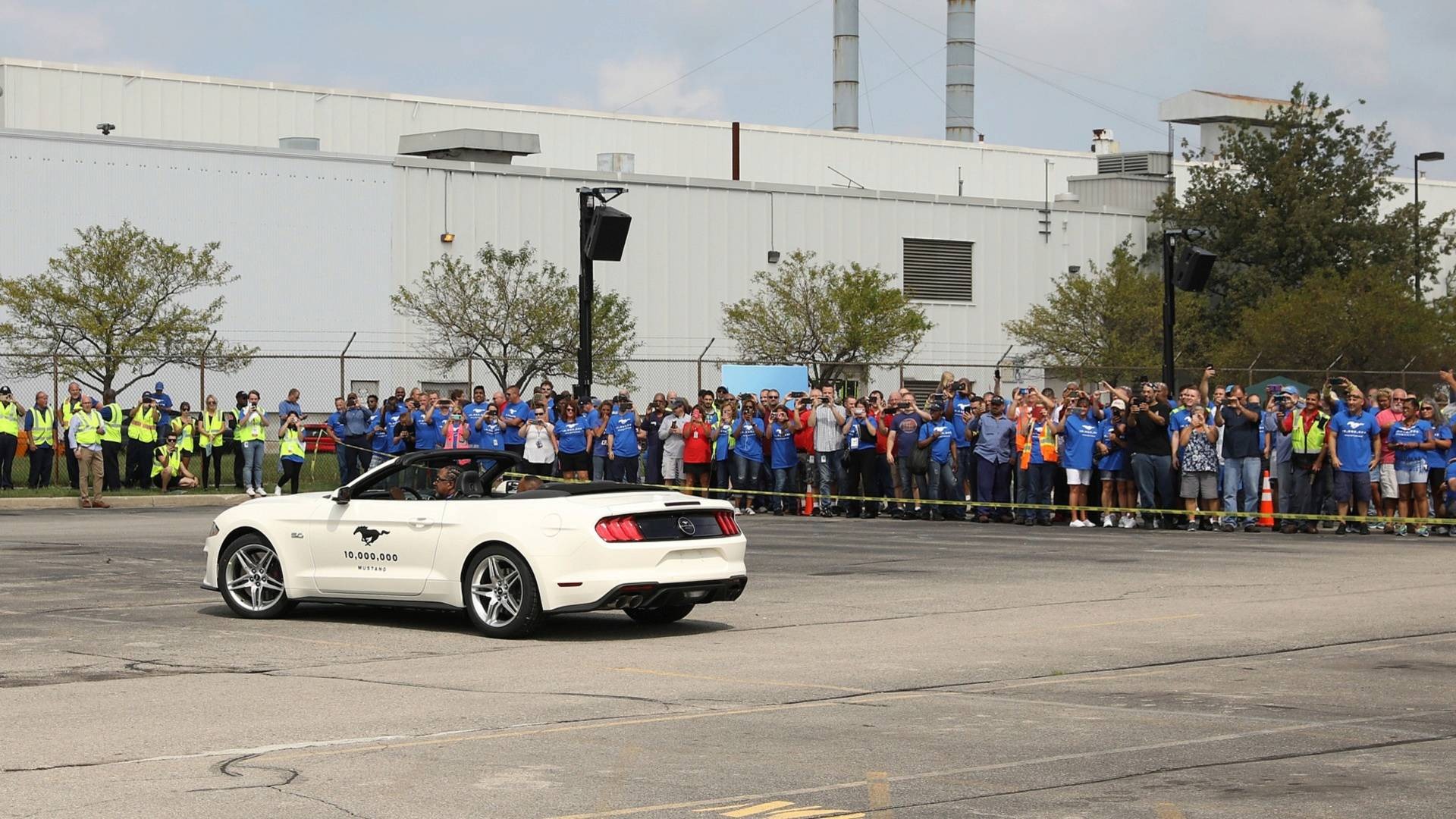