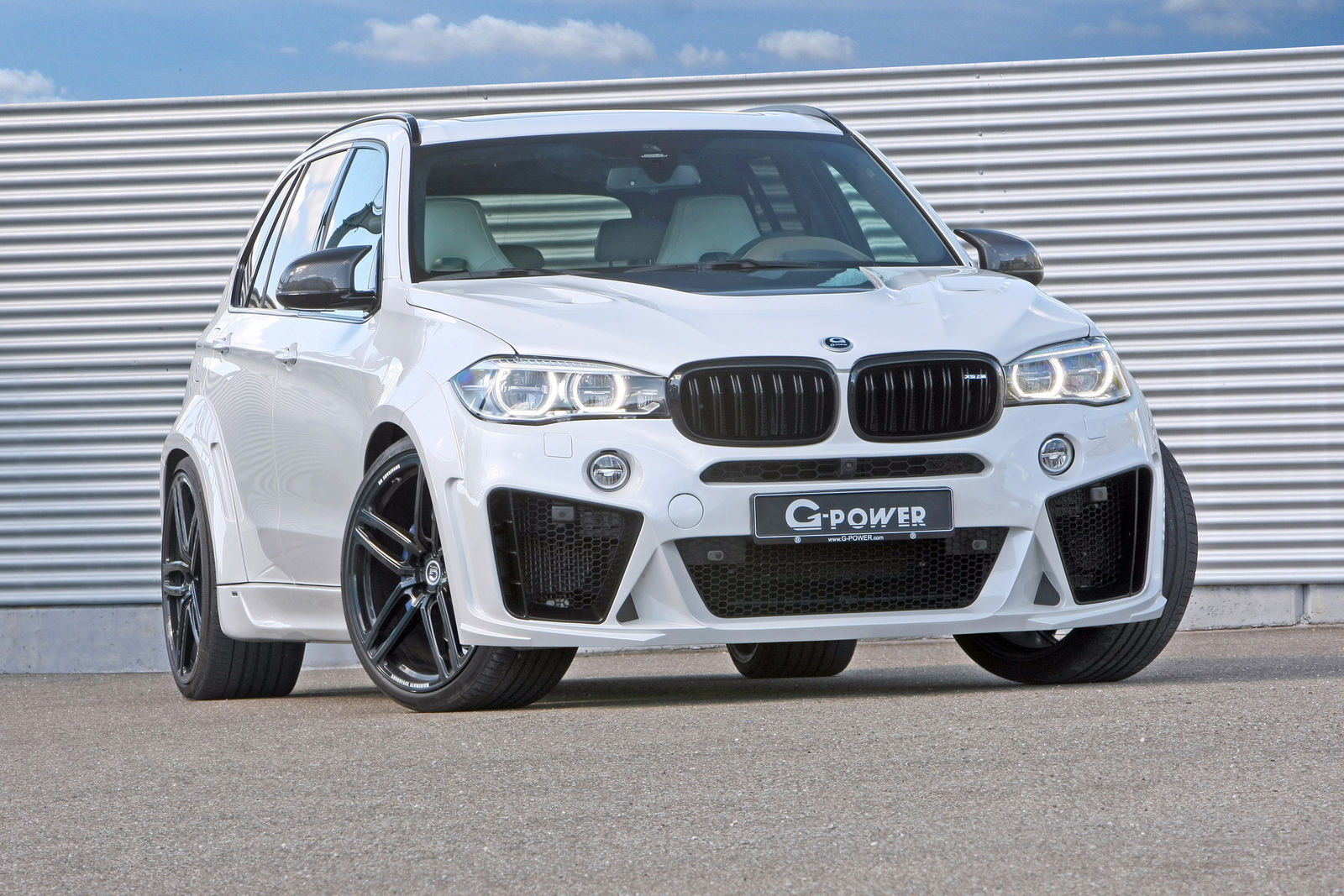 The previous generation BMW X5 has just received G-Power’s Typhoon package and while the modifications are initially focused on aesthetics, the German tuner also offers an optional performance upgrade as part of the package.

With flared wheel arches, bespoke side skirts, reworked front and rear bumpers featuring wider air intakes and new diffuser respectively, G-Power’s Typhoon package gives the BMW X5 a much more aggressive look than the stock model. There is also an option of a carbon fibre bonnet that complements the revised intakes to eradicate excess heat from the engine bay.

Also available is a titanium exhaust system that features four 102 mm tailpipes. This option is coupled with G-Power’s signature Hurricane RR alloy wheels which measure 23-inches and are wrapped in 315/25 high-performance tyres to mark the SUV from ordinary X5’s.

As previously mentioned, G-Power also offers a performance upgrade for the X5 whether it’s in petrol or diesel form. The range-topping M50d for instance, is said to possess as much as 449 hp (335 kW) and 870 Nm of torque. The full on performance variant from the M division meanwhile, boasts a notable difference. G-Power is said to massage X5 M’s 4.4-litre twin-turbo V8 to produce 739 hp (551 kW) and 980 Nm of torque.

Do You Really Need Winter Tires?

BMW M8 Competition Could Arrive in 2019