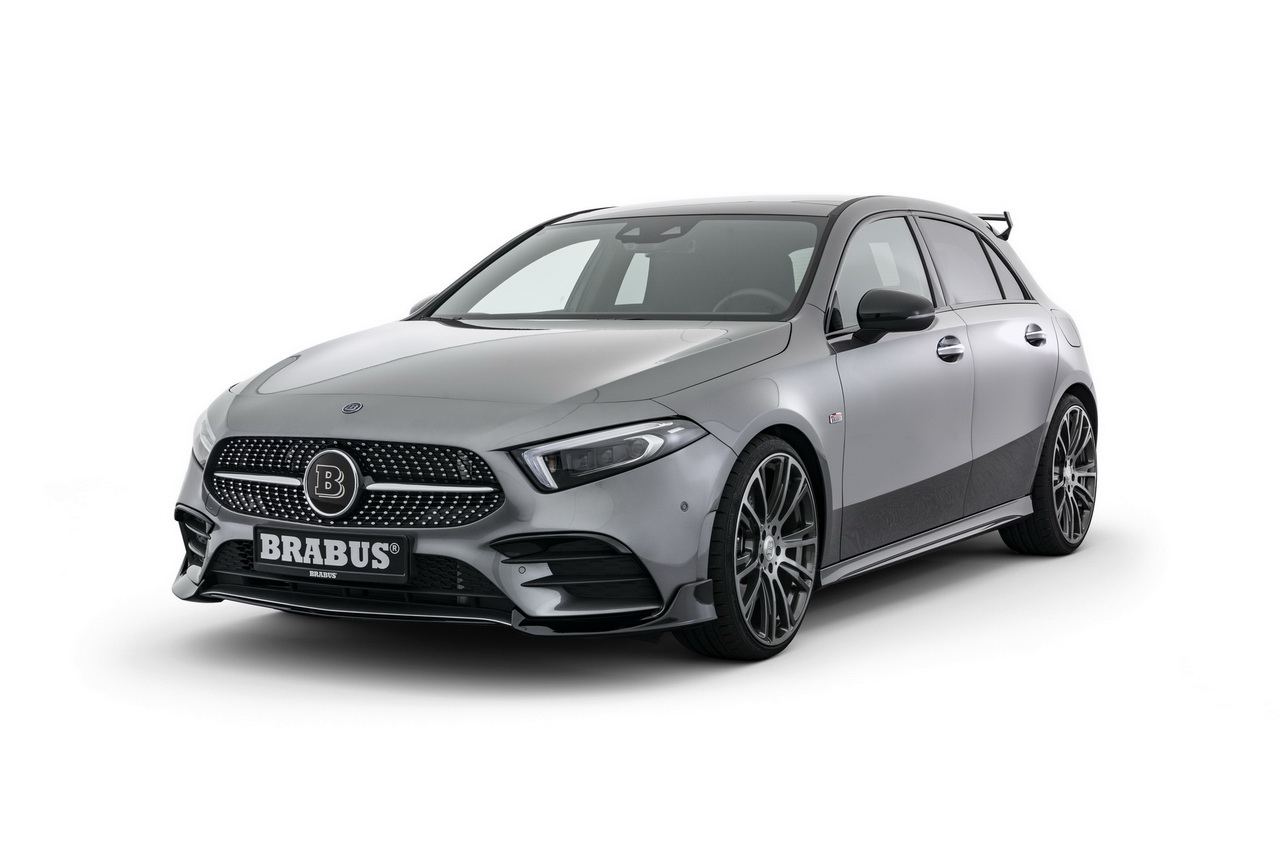 We just showed you what Lorinser were capable of with the new A-Class but Brabus are not to be outdone with their offering for the Mercedes-Benz A250.

The mild-hot-hatch also received a number of cosmetic changes including wheels up to 20 inches in size, as well as a roof-mounted rear wing similar to the one installed by AMG on the recently launched A35.

At the rear you will see those quad finishers belong to a new stainless steel exhaust system equipped with actively controlled flaps allowing the driver to choose the desired soundtrack.  Should you want to go all out, there’s also a diffuser further enhancing the A-Class’ sporty vibe.

As a final note, Brabus mentions it’s already working on power upgrades for diesel-fueled versions of the A-Class.