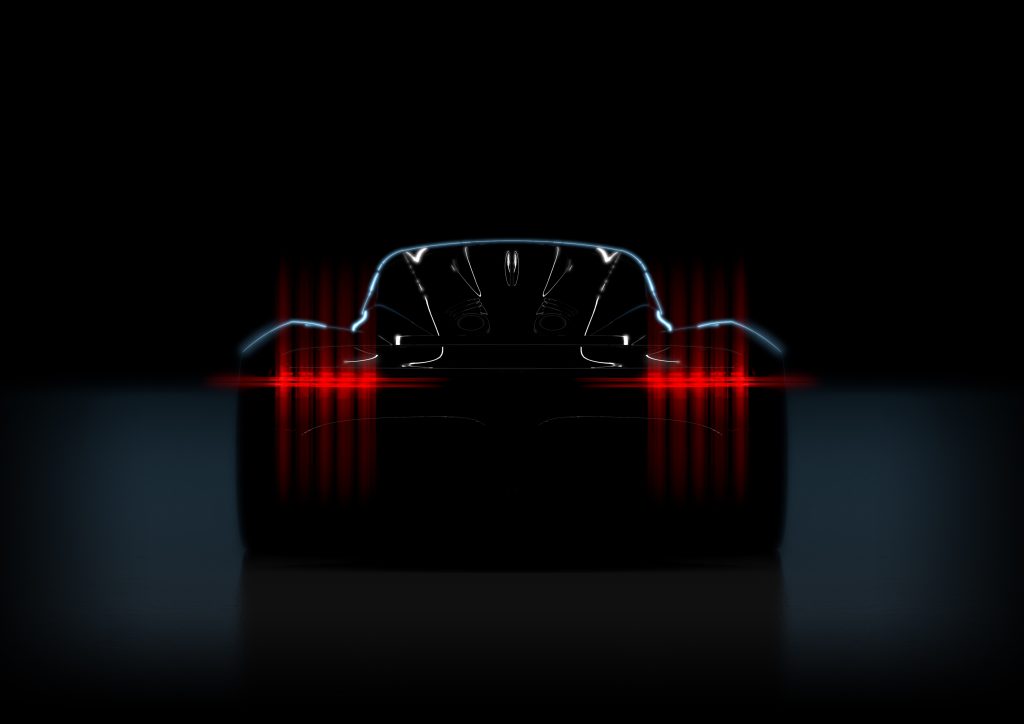 Aston Martin has finally offered us our first “glimpse” at the upcoming Project 003 hypercar which also being called the “Son of Valkyrie”.

It will become the third hypercar from the brand following on from the Valkyrie (001) an Valkyrie AMR Pro (002) and is set to hit the market late in 2021 with just 500 examples to be built.

Power will come from a hybrid-electric powertrain, pairing a turbocharged petrol engine with a battery boost. Aston Martin says it’ll borrow technology from its Valkyrie predecessor, but whether the car will be a plug-in or a series hybrid remains to be seen.

“It was always the intention for the Aston Martin Valkyrie to be a once-in-a lifetime project, however, it was also vital to us that Valkyrie would create a legacy: a direct descendent that would also set new standards within its own area of the hypercar market, creating a bloodline of highly specialised, limited production machines that can exist in parallel with Aston Martin’s series production models,” said Andy Palmer, Aston Martin CEO and president.

Project ‘003’ is being designed and engineered to offer more practical concessions to road use, including space for luggage. It will be fully homologated and available in all markets in both left and right-hand drive which means we will certainly see some coming to South Africa.