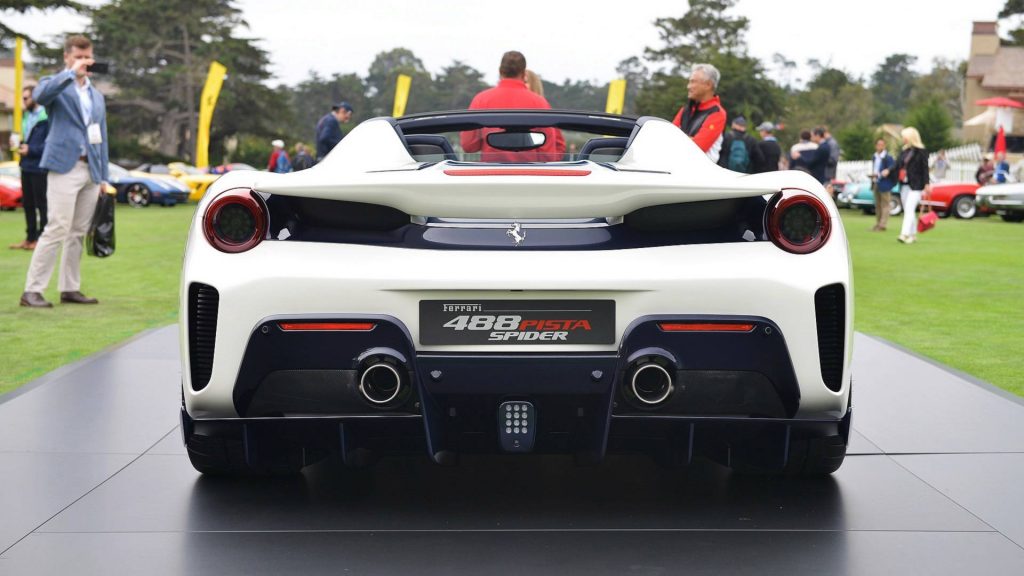 If rumors are to be believed, Ferrari will be launching their first (mass production) hybrid engine at some point during 2019.  Although it is unclear as to what model this engine will be mated to, or if indeed it is a new model (more likely), we can be almost certain that it will be even more powerful and punchy than the 3.9-litre turbo-charged V8 Ferrari currently has in the 488 GTB and 488 Pista. An announcement by Louis Camilleri, Ferrari’s CEO, as well as somebody anonymous close to the brand, indicate that the engine will most likely be a hybrid engine.

By looking at a few spy shots of a test mule (see below), we can see a clear 488 body with some adjustments and modifications on various panels. Videos of these development cars also provide the aural evidence that the cars are somewhat quieter than the current 488 GTB, which is also a large clue as to how the engine will be powered.

Before his death, Sergio Marchionne did say that the company was working on a hybrid engine which would be put into production in 2019. He also mentioned that combining electric with internal combustion engines would, “become a mainstay in our portfolio.”

Camilleri stated that an all-electric Ferrari will be on its way post-2022, which is rather tragic news for the petrolhead as a whole, but an indication that electrification is seemingly the way forward even for performance car manufacturers such as Ferrari.

Production and delivery of this new car will be taking place in 2020.

According to other sources customers will be shown the 488 successor as soon as this week with a debut in Geneva apparently on the cards.