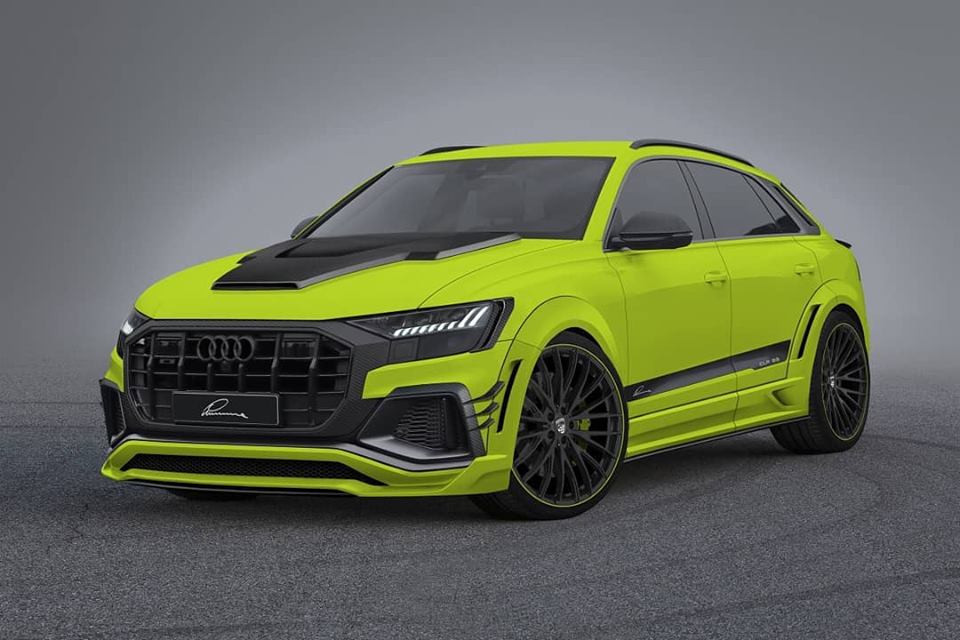 The Q8 is latest edition to Audi’s line-up of SUVs and is now part of the highly-competitive SUV market, with no shortage of alternatives from Italy, Germany and the United Kingdom. But say that you are getting your new Q8, however, and you would like to make it a little bit more special than the ordinary, run-of-the-mill model? Luckily, Lumma Design has just the solution for you.

As many Lumma kits are named, this new kit for the Q8 will be called the CLR (Q8). A more aggressive and bulkier front-end with new air intakes to ensure the car will have enough oxygen is where the modification starts. You will also notice a bonnet scoop, wider wheel-arches and carbon canards on the front sides fitted to the car. At the rear, Lumma has added a little rear spoiler at the top of the window as well as a little lip spoiler running the width of the back at the bottom of the window.

Even though nothing is confirmed, Audi will almost certainly launch a S and RS version of the Q8 in due course. So, it will probably be worth it to wait for the sportier versions of the car to make it look even more menacing with the Lumma kit. We don’t know if the engine has been fettled with as yet.

Lumma hasn’t given us an exact date as to when we’ll see the CLR Q8 in person, but we can probably assume we’ll see something in Geneva next month.