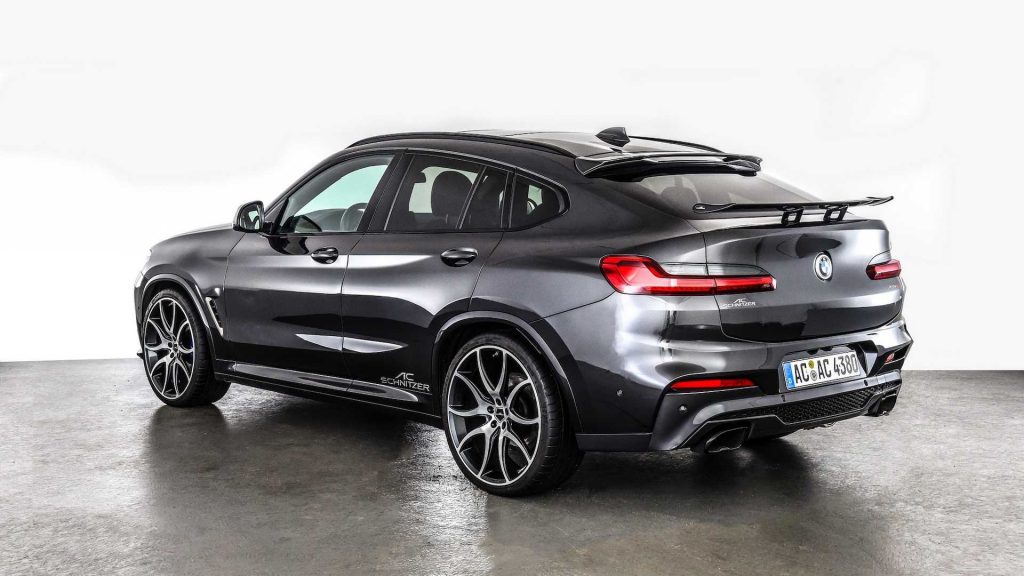 AC Schnitzer knows the Bavarian manufacturer very well and their latest sights were set on the new BMW X4.

As usual the tuner added a few elements onto the X4’s exterior design for bigger impact on the road. Elements include a front spoiler, rear roof spoiler, rear spoiler, and carbon fibre rear wing for cars that are meant for export. It also gets an AC Schnitzer-branded rear skirt protection foil.

Inside some of the updates include aluminum pedals, footrest, keyholder, and the Black Line aluminum cover for the iDrive Controller.