Bugatti Are Rumoured To Make An Electric Super Sedan in 2023 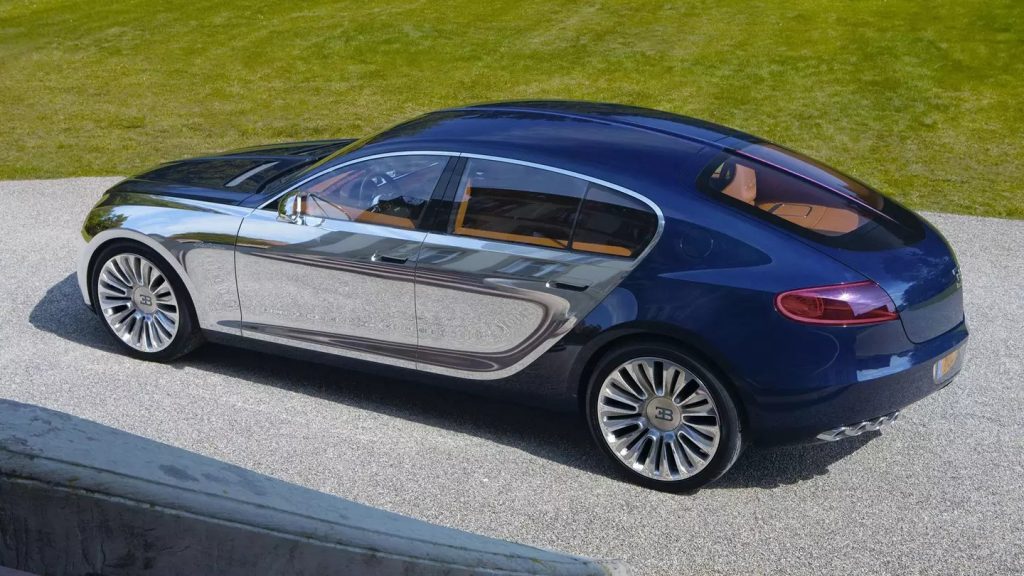 In terms of exclusive manufacturers, there are very few that can compete with the likes of Bugatti. Considering they only have one “production” car (the Chiron), its about as exclusive as they come. If rumours are to be believed, however, the Chiron could be joined by another car on the production line.

This new model will most probably be a new super sedan powered not by fossil fuels, but, as almost every new car these days, by electricity. In a recent interview with Bloomberg, Bugatti CEO, Stephan Winkelmann, said, “There, I would see us doing a battery-electric vehicle. There, the balance between performance and comfort is much more important, and it’s about daily usability. This is what I see.”

Bugatti will be taking full advantage of being a part of the VW Group, as the platform that will be used will also be found in the Porsche Taycan and the upcoming Audi e-Tron GT. The only potential difference for the Bugatti sedan will be an increase in the platform’s length, to not deprive the customer of any legroom.

What will the name of this new car be? Well, according to CAR, it will probably be called the Royale. However, this is purely speculation. The Royale name goes back to the early 1900s and was the nickname given to the Type 41, of which only 6 out of the intended 25 were built.

We will probably see the “Royale” around the year 2023.