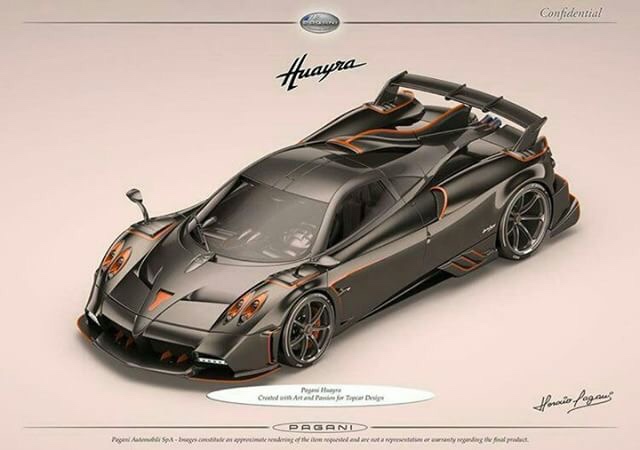 This is the Pagani Huayra Dragon and it is a new Huayra being built for TopCar Design.

This special Huayra model is said to be one of five extreme Coupe’s, a series of extreme Huayra models to be released once the 100 Huayra Roadsters have left the factory.

No official details have emerged so we are restricted to the photos you see in this post but it evidently shows a more extreme version of the Huayra.

The Pagani Huayra Dragon front bonnet gets an air intake at the nose and the top section extends further forward than before. The fenders receive outlet vents and air intakes have been added before the front wheel. The side skirt is redesigned and the rear wing appears to be an evolution of the BC spoiler.

At the rear end, the tailpipes are mounted upwards and the rear ram air intake is something we haven’t yet seen on the Huayra. The rear diffuser is extremely aggressive and larger air vents have also been added. In essence, this is the Zonda Cinque for the Pagani Huayra.