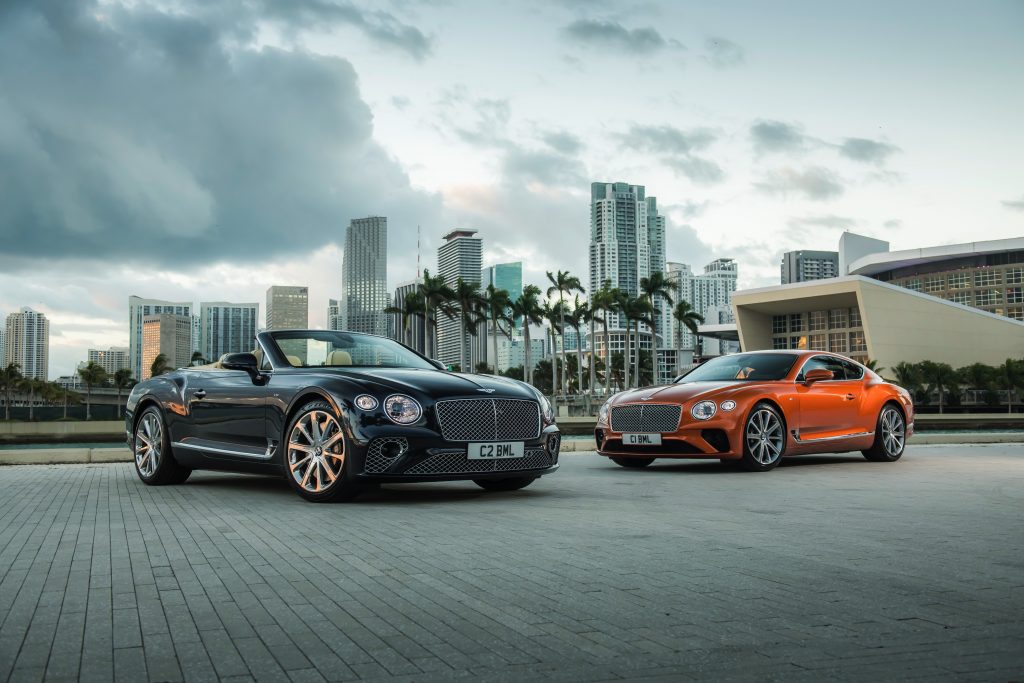 Bentley announced today that its new Continental GT and GT Convertible will soon be available with a twin-turbo V8 in addition to the brand’s quintessential W12 engine.

The third generation of the Continental GT was launched in 2017 but you were restricted to the 6.0-liter twin-turbo W12. You will soon be able to opt for the V8 which as expected is not far behind in terms of performance. Like the last GT’s V8, this 4.0-litre unit sports twin turbochargers in a “hot V” configuration for tight packaging and minimal lag. It’s an engine similar to the one used in the Lamborghini Urus.

Just like the W12 Continental GT the V8 variants can calm down and serve as a comfortable cruiser. The V8 itself is equipped with cylinder deactivation and programmed to run stop-start aggressively at low speeds, coasting the car to save fuel in traffic.

As mentioned above there is also a Continental GT V8 Convertible offering to open up a whole new dimension of grand touring. Its automatically folding roof can pop up or shrink away in 19 seconds at speeds up to 48 km/h (30 mph), and can, of course, be ordered in tweed.

Bentley has selected the United States as the GT V8’s first destination even beating out the United Kingdom where they are built. Deliveries will begin in the third quarter of this year, and the rest of the world (South Africa likely included) in the first quarter of 2020.

How do you tell the difference between this and the W12? Well if you cannot see the V8 or W12 badge on the side then the exhausts are a dead giveaway. The W12 exhaust tips are two simple oval tips while the V8 sports the quad-like tips.