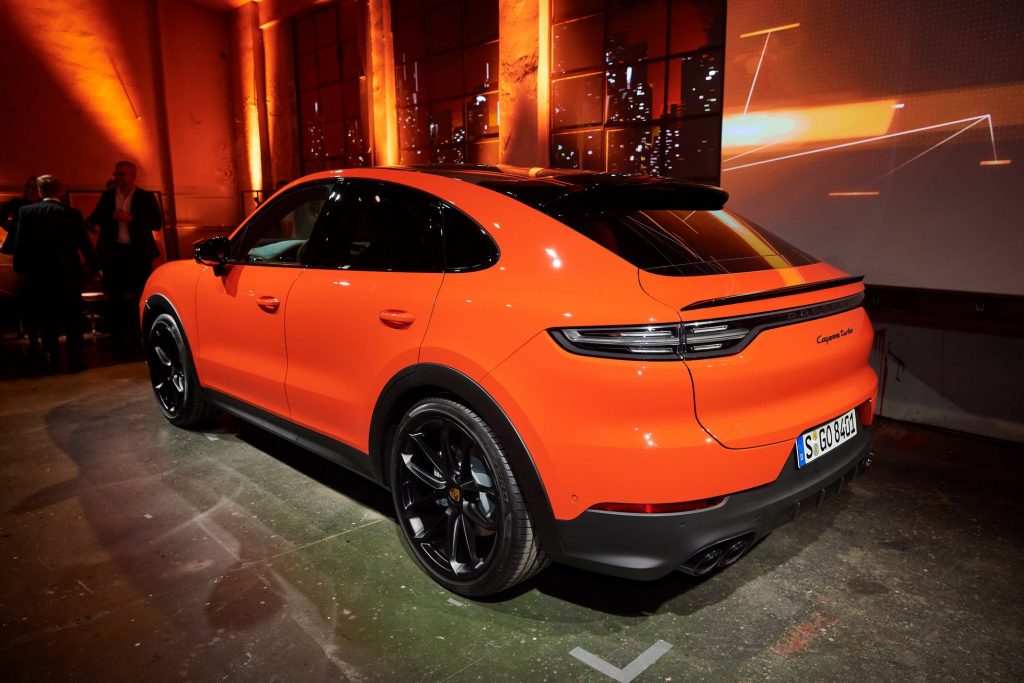 The SUV Coupe was invented more than a decade ago by BMW with their controversial X6 and other manufacturers soon followed suit but it has taken Porsche the longest to join in on the act and it seems it has been worth the wait.

Porsche has kept the sporty front end of the regular Cayenne intact, the differences begin with the A-pillar. The windshield has a lower angle, the roof describes a graceful arch and ends in a relatively low tail. The rear doors and fenders are pushed out to cover a wider track. And the side windows are shaped like the 911’s, even though the Cayenne Coupe is a four-door SUV.

In our opinion, the overall effect has been pulled off incredibly well and could actually be the sportiest looking SUV on the road.

Despite the sleek low styling, there is plenty of interior space. In fact, rear headroom is virtually identical with the regular Cayenne. You sit perfectly in all four seats and the boot shrinks just moderately. How have they managed to keep this much space?

First, the rear seats are now fixed in a slightly lower position instead of laterally moveable. And second, the Cayenne Coupe actually features a somewhat bulbous roof. A vast panoramic glass roof is standard and a glossy carbon-fibre roof is available as part of a very attractive light-weight sport package.

At the back, there is a functional spoiler that sits above the taillights and can rise up like on the 992 or the Panamera, and it’s graced with a slim Gurney flap. Is this really needed on an SUV you might ask?

It is expected to arrive in South Africa near towards November this year with pricing as follows;