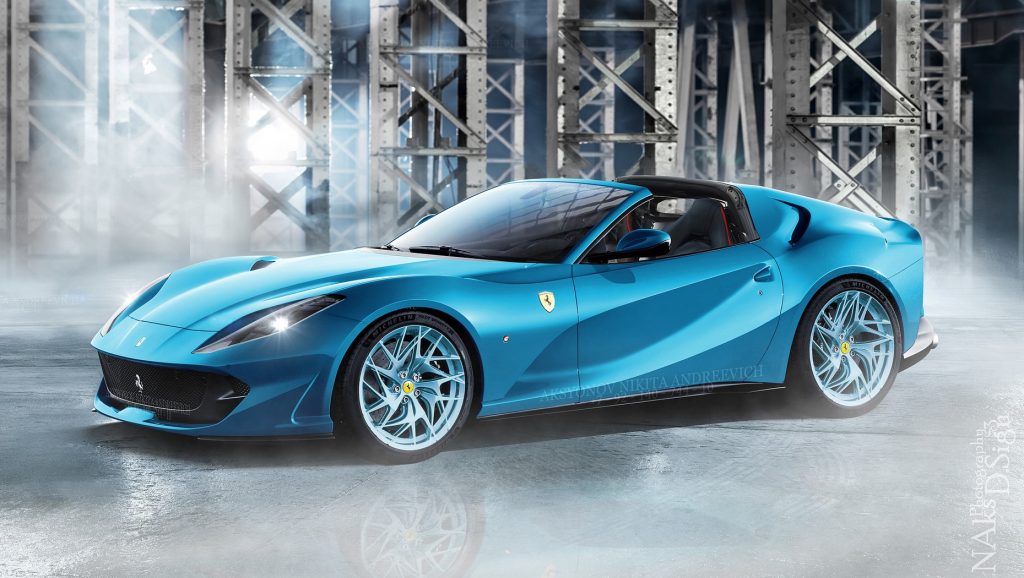 Before you continue reading this post we need to make it very clear that nothing in here is 100% confirmed (except for number 1 as it has been revealed).

On the FerrariChat forum, there is a post about the 15 models the Maranello manufacturer will be introducing before 2022.

This car has already been revealed and and more can be read here.

As the name suggests we should see a drop-top version of the F8 Tributo in a few months time.

Being called “the most significant regular production car in Ferrari’s history” and possibly the highest performing. This car will introduce the hybrid era of Ferrari across almost all regular production cars ultimately. It will be a mid-engined twin-turbo hybrid V8 with an output between 850 hp and 950 hp. Likely to be faster than a LaFerrari by every measure. The forum member mentions it will have “LaFerrari performance for a third of the price” and will possibly be launched in May this year at the Monaco Grand Prix. Name unknown but could have Monaco or Grand Prix tie in the given launch date.

Spider version of above with a prospective launch in 2020.

Not much is known about this car but apparently the sources with the limited information “deserve the utmost respect.” Paying homage to the iconic F40 it will hopefully sport a giant rear-wing and produce an additional 100 hp over the F173. Could possibly become the ultimate Icona and will certainly be limited production. Unlike most Icona models limited to 499 pieces, this one could be built to numbered pieces totaling 1,315 (same as the original F40). A prospective launch date is as soon as August this year.

It will likely feature a folding hardtop similar to the 488 mechanisms except without vents. Expected to be mechanically and cosmetically identical to 812 Superfast with a regular production run of around 18 to 24 months. The sources indicate a potential launch around November this year.

A heavily restyled Portofino hardtop which is being called “The Wraith” of the Ferrari 8-cylinder GT line. Very little info with a prospective launch late this year or early 2020.

An even more powerful naturally aspirated V12 track-oriented version of the superb 812 Superfast. As one of, if not the last of its kind this will be a high priced limited edition car. Likely Limited to 799 pieces with a prospective launch date in 2020.

An even more limited production hardtop convertible version of the above car. This could be one of the grand finale swan songs of the naturally aspirated unassisted V12. Perhaps limited to 499 pieces or less.

A modern version of the legendary 250 series from the 1950s and 1960s. Paying homage to the 250 GTO, 250 TR, and 250 TDF era. This will be a brand new interpretation and not a recreation. Will likely use 812 engine and may even be offered with a maunual gearbox in addition to paddle shift. Production may be limited to 499 in each body style with a prospective launch in 2020.

This will be for many buyers the effective ultimate successor to the 488 and will replace the 488 at the same price point. It will likely be powered by the much talked about hybrid V twin-turbo producing as much as 750hp to 780 hp. It will be based on an all-new platform and design language versus the 488 with a prospective launch date in 2021.

Spider version of 6-cylinder mid-engine car described above with a launch in late 2021.

Likely to be a 4-seater with 8-cylinder turbo hybrid AWD and as much as 750hp. Expected to be restyled more as muscular fastback compared to the current truncated rear. Prospective launch date in 2021.

The “Ferrari of SUVs” will likely make use of a twin-turbo hybrid V8 generating as much as 800 hp. High-riding high-performance on and off the road. Ferrari says it will be the highest performing vehicle in its category i.e. above Urus and Cayenne Turbo and is scheduled to launch in 2022.

Last but not least the replacement to the mighty LaFerrari. Although we have heard they will not make use of another V12 in the hybrid setup, the forum member suggests it will make use of a V12 hybrid KERS powertrain. It may become the first Ferrari to break the 1,000 hp barrier with Aston Martin Valkyrie-like performance. Limited production could be 499 pieces with a potential launch date in 2022 coinciding with Ferrari’s 75th year.

As mentioned in the beginning this is not confirmed by any means but regardless it looks like some very exciting times for the prancing horse brand.