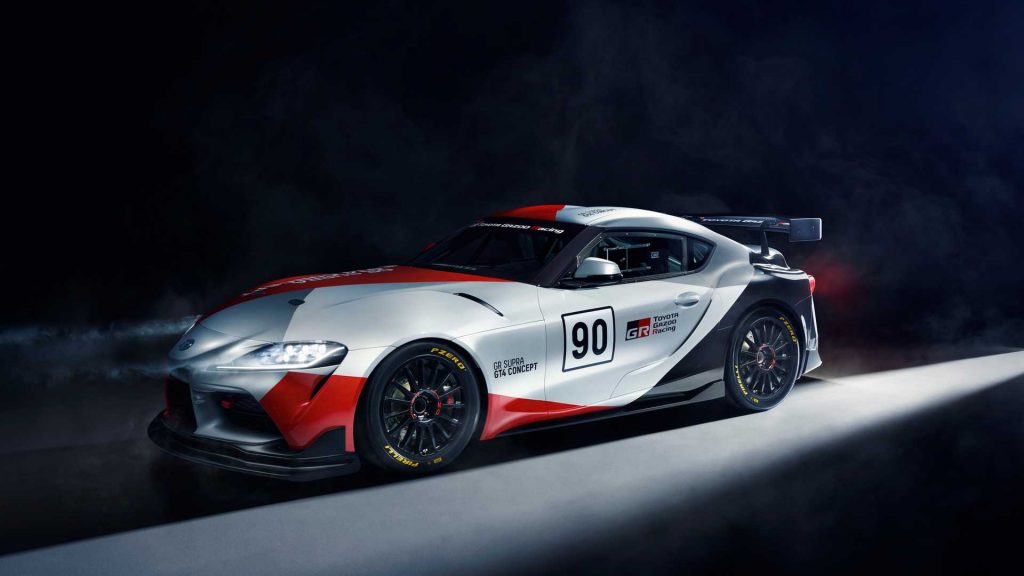 Toyota has prepared yet another concept based on the new GR Supra but this GT4 Concept signals the company is eager to come out with a GT4-spec race car.

It has been developed in Germany by Toyota Motorsport GmbH, and it is obviously based on the road-going Supra A90 and gets the usual race car upgrades. The menacing body now hosts a large wing at the back on top of the integrated ducktail spoiler. Up front, the prominent splitter enhances the concept’s race car nature while retaining the production bumper.

The interior has been stripped out to trim weight and it now hosts a roll cage and a pair of body-hugging bucket seats that seem to have a carbon fibre shell.

The GR Supra GT4 Concept will make its public debut at the Geneva Motor Show next week.

Safe to say the new Supra will get many different version from tuners and Toyota themselves.