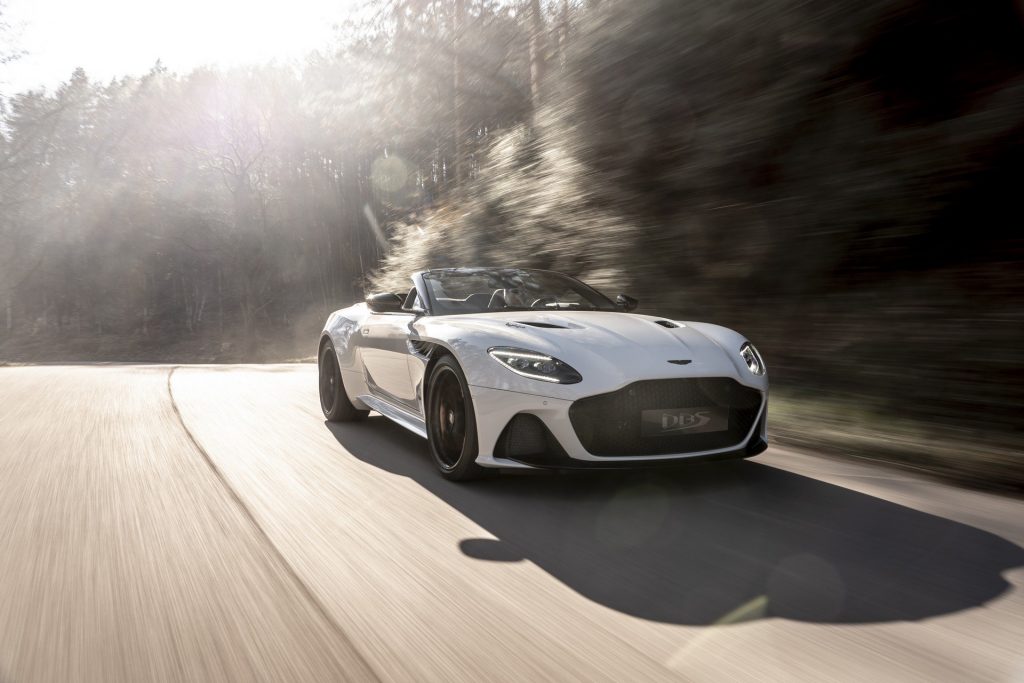 Billed as the fastest convertible ever made by Aston Martin.

Aston Martin has dropped the top on the sexy DBS Superleggera with the Volante version and thanks to its top speed of 340 km/h, it becomes their fastest ever convertible.

Let’s take it from the top. Aston Martin has squeezed eight layers of insulation and acoustic material into the car’s roof, which can be lowered in 14 seconds and raised in 16. It can be operated from inside the car, or using the key fob if you’re standing within two metres of the car.

Like the coupe, the Volante is powered by a twin-turbo, 5.2-litre V12 tuned to deliver 715 hp (533 kW) of power and 900 Nm of torque. All that torque is sent to the rear wheels through a carbon-fibre prop shaft and eight-speed automatic transmission. This is good for a 100 km/h sprint in just 3.4 seconds (0.2 seconds slower than Coupe) and will hit 161 km/h in just 6.7 seconds.

Styling largely carries over from the coupe, but Aston Martin says the model has been equipped with deeper side strakes which draw more air from the front wheel arches to reduce lift and aid high-speed stability. The convertible also has a revised Aeroblade ll system that provides additional downforce at the rear end. Speaking of the latter, the DBS Superleggera Volante produces 177 kg of downforce which is just 3 kg less than the coupe.

Local pricing and availability will be announced in time but as a reminder the Coupe will set you back at least R5,650,000 so we can expect the Volante to come in at around R6.2 million.