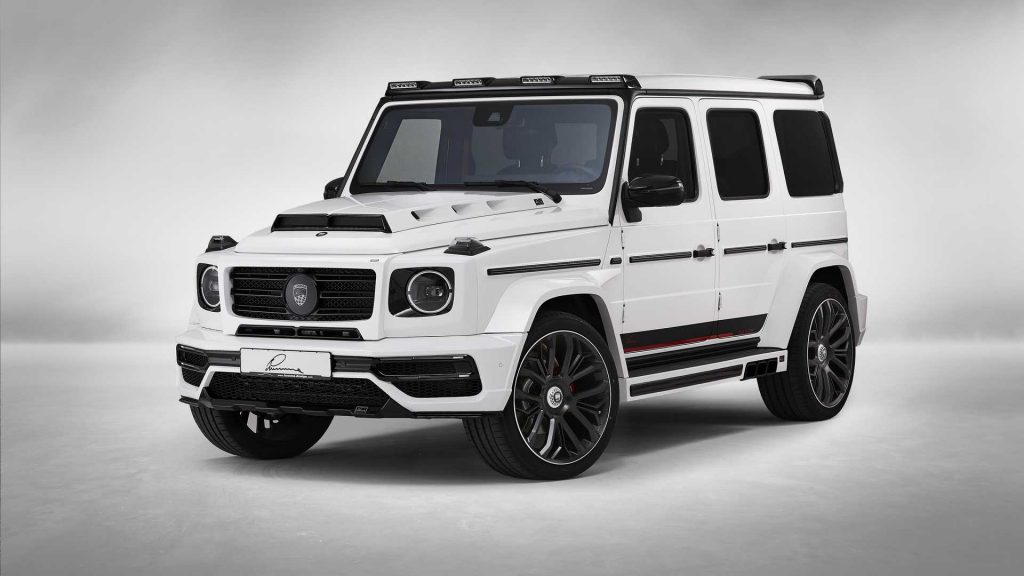 Lumma Design is known for creating some pretty radical and insane body kits and engine upgrades for brands such as Jaguar, Land Rover, BMW and indeed Mercedes-Benz. Well, Lumma has recently shown their latest creation to the world – the Lumma CLR G770, or Mercedes-AMG G63 to the rest of us.

The majority of what Lumma has gotten up to can be seen on the exterior of the car. Some flared wheel arches, quite a sizeable bonnet scoop, some carbon extras at the rear of the roof and four sets of LED lights at the front of the roof are some of the most modifications on the car. As a result of all the modifications, the CLR G770 is a good 40 millimetres wider than the standard G63.

Arguably the coolest feature of the CLR G770, though, is the addition of one more exhaust outlet on each of the side-exit exhaust. This results in a total of six exhausts (three on each side). Overkill? Perhaps. But it sure looks awesome! Lumma Design’s G63, additionally, will transport you on very conservative 24-inch wheels too.

There are some power upgrades, but nothing too drastic. The 4.0-litre, bi-turbo V8 of the G-Wagon now pushes out an extra 65 horsepower (48 kW) and 100 Nm of torque to that results in a total output of 642 HP (479 kW) and 950 Nm. Interior wise there are also a few options available such as aluminium pedals, floor mats and some customisation of the leather of your car.