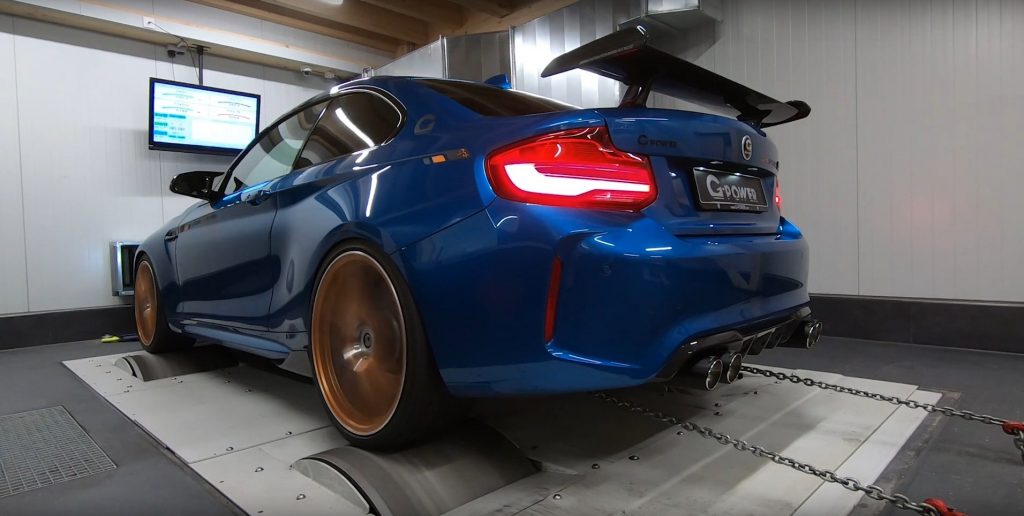 If you own a BMW M2 Competition and are in search for a way to give it a bit more shove, you aren’t exactly short on options in terms of companies that will modify the car for you. There is one company, however, that you should probably take note of – a company called G-Power.

If you take your standard M2 Competition to these guys, they will increase the power output from the standard 404 HP (302 kW) up to quite a staggering 670 HP (500 kW) and 860 Nm of torque. To put that into perspective, that is the same power that, not too long ago, the Lamborghini Murcielago SV produced. Except now, you can have it in your BMW 2-Series.

G-Power achieved this by taking the 3.0-litre, 6-cylinder, twin-turbo engine and fettling with it a bit. By tweaking the turbos, adding an aftermarket exhaust and giving the ECU some love the G-Power M2 Competition is now a serious player. 0-100 km/h takes just 3.2 seconds and it will go on to a top speed of 330 km/h

How much will this package cost you? €20 000 to be exact, which equates to approximately R323 000. Now, this may sound like a lot, but consider this: If you buy a M2 Competition and add the G-Power package, it will add up to about R1.4 million, which happens to be the rough price of a M4 Competition. But considering the amount of power you’ll get from the G-Power M2, we would almost certainly take the M2 Competition.