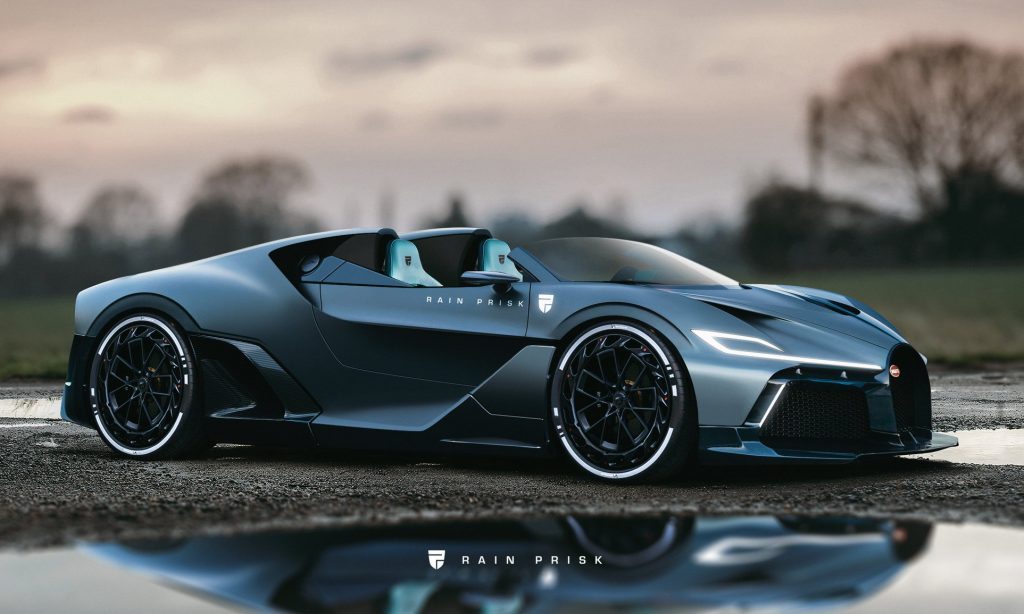 Yesterday, we reported on a possible new model Bugatti could be adding to their line-up, with very limited information on what it could be. Now, though, some new and more information has been revealed thanks to Car magazine.

Apparently, this new model’s proposal is done and dusted and is just awaiting approval from the big-wigs at VW. The car will take form of a crossover, sportscar hybrid and not as big as a SUV, say. Also expect it to take a coupe form with only two doors. In terms of propulsion, it looks like the car will be borrowing an engine from Italian cousins, Lamborghini, with their 4.0-litre V8 and not a purely electric engine as speculated in the previous article.

But wait, there’s more. In addition to the 641 horsepower (478 kW) V8, it will be paired with an electric engine to form a hybrid. As a result of this combination, the power output will reportedly be close to 1000 horsepower (746 kW). Considering this will be a crossover, almost everyday kind of car, this output is mightily impressive. It is said that it will top the scales at 2 200 kilograms.

Production is set to start in 2023, should the proposal be given the go-ahead. To add to that, at more or less the same time Bugatti’s electric Royale sedan is also predicted to be put into production. Busy times ahead for the French automaker then it seems then…