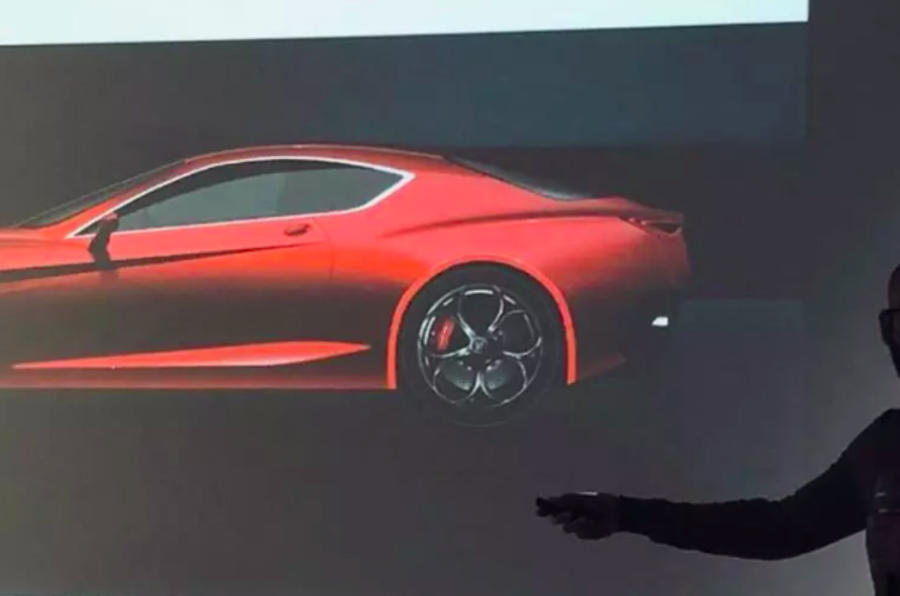 If this leaked image turns out to be accurate then this is our best look so far at the forthcoming GTV Coupe from Alfa Romeo which is not due to be revealed until 2021.

The single image, purportedly taken during an official Alfa Romeo presentation, partially shows a render of the upcoming hybrid coupé and was first picked up by Italian motoring site ClubAlfa.

The GTV Coupe is essentially a Coupe version of the Giulia and is set to pack hybrid power in the range-topping Quadrifoglio guise. In this most performance-focused variant, it will combine the 2.9-litre V6 seen in the Giulia Quadrifoglio with an electric motor for a total power output of more than 600 hp. It will have a 50/50 weight distribution, torque vectoring all-wheel drive and room for four passengers.