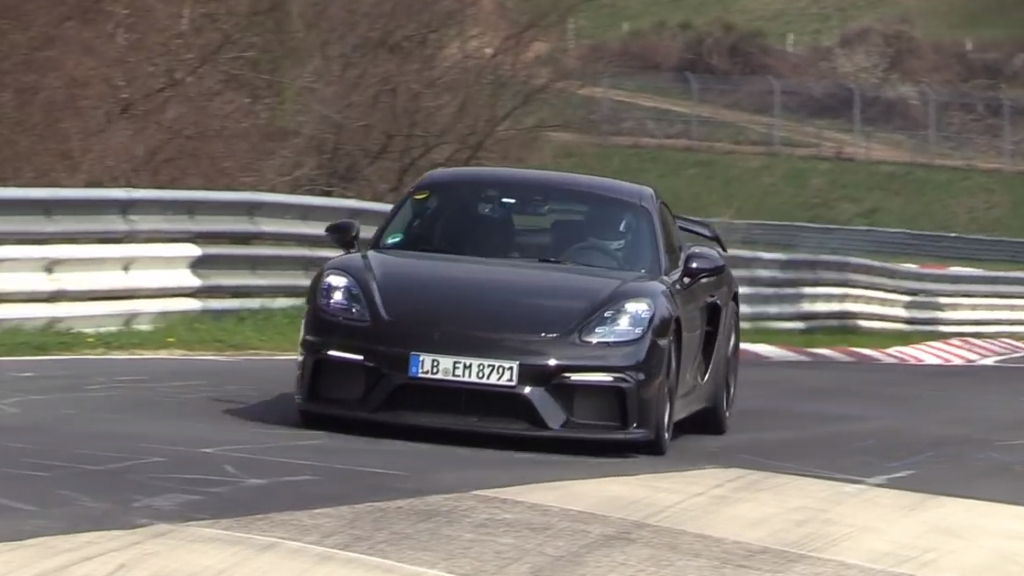 For the purists out there, the 718 Cayman GT4 is one of the most hotly anticipated cars expected from Porsche this year. The company revealed the racing version, the Clubsport, back in January, but we have yet to hear anything official on the road car. Thanks to these spy videos from the Nurburgring, though, we get to lay our eyes on a GT4 test car.

No specs have been confirmed but we heard a few months back that it will debut at the Goodwood Festival of Speed later this year.

It is estimated to pack about 420 hp (313 kW) but it is not yet known if it will use the 4.0-litre unit found in the current 911 GT3. This is obviously what we are hoping for but only time will tell.

Judging by the time between shifts in this video, it seems this test car is sporting a manual transmission. It’s expected a PDK will also be offered, just like in the GT3.