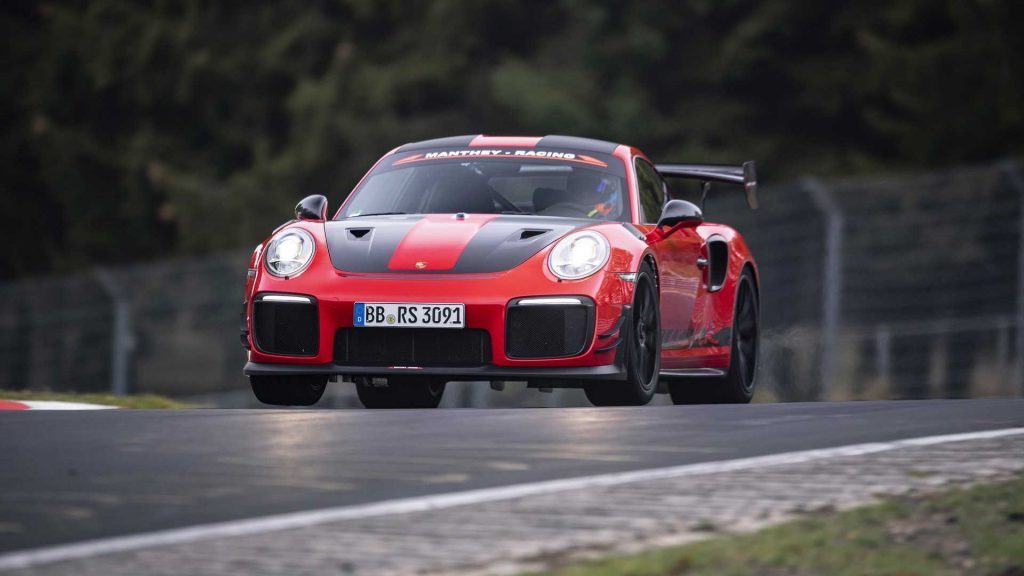 There are many cars in the world which need some extra power. A little bit more oomph or aero modification to make it a bit more exciting to drive. There are, however, cars that really don’t need any more modifications because they are already properly quick as they are. The Porsche 911 GT2 RS is one of these cars. But, that hasn’t stopped Manthey Racing from trying, and so they invited Mr. Chris Harris to Portimao in Portugal to have a go in it.

In case you have forgotten, the GT2 RS with the MR pack holds the official track record at the Nurburgring with a 6:40.3 lap time, therefore it is sure to be handy at almost any race track. So, what Mr. Harris wanted to find out is if this 911 will be faster than the even more powerful, even more expensive and even more exclusive hypercar trio of the LaFerrari, P1, and 918 Spyder – the cars he set lap times with at the same Portimao track a few years back.

What’s different about the MR pack compared to a normal GT2 RS though? Nothing is done to the GT2 RS’s 700 horsepower (522 kW) engine. Instead, the main differences are the aerodynamics, suspension and wheels and tyres. This MR tuned Porsche has pretty much the same KW coilover suspension that you’ll find on a GT3 R race car. Improved brake pads and a set of even lighter magnesium wheels are also part of the package.

Aerodynamics is where the real magic happens, however. Manthey Racing (who is owned mainly by Porsche) have put on new endplates on the rear wing in addition to a different splitter, panels underneath the car and a new rear diffuser.

Have a look at the video here: