This Could Have Been The Alfa Romeo 4C Quadrifoglio 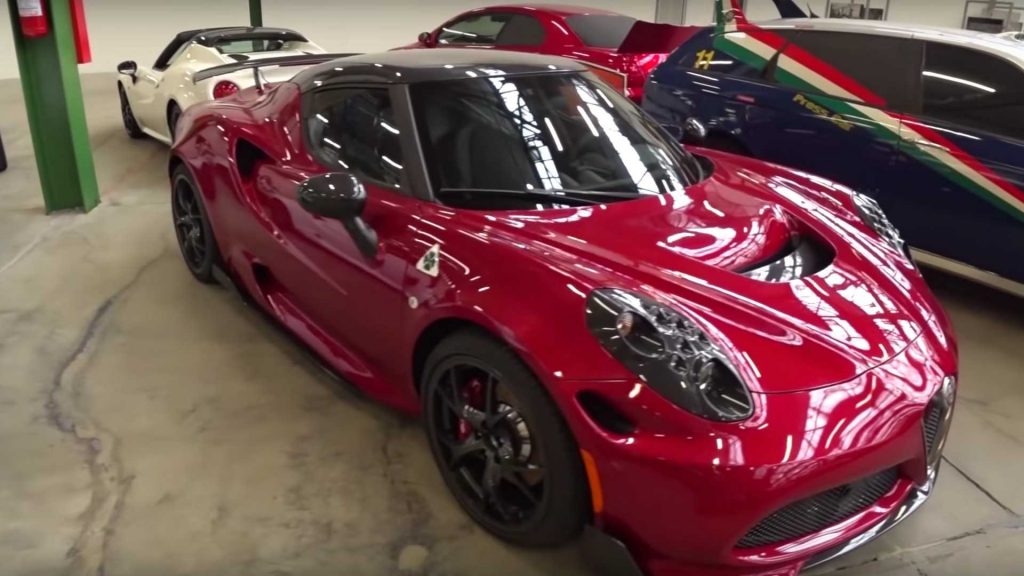 When car manufacturers release a sports or supercar, it is usually followed by a hot, lightweight performance version of some sort. Back in 2013 we were very much looking forward to the prospect of a hot Alfa Romeo 4C Quadrifoglio when it was launched but, alas, nothing seems to have come from that 6 years down the line. It does seem, however, that the engineers at Alfa did at least experiment with the idea…

A video has recently emerged when a man was lucky enough to go and visit Fiat Chrysler Automobiles’ (the company that owns Alfa Romeo) Heritage HUB, where some the groups’ classic and concept vehicles are stored. Among this treasure trove were not one, but two 4C QVs. This clearly indicates that an even more spritely version of the 4C was definitely a consideration.

On the cars, we can see an additional front carbon splitter, a more aggressive rear diffuser as well as an adjustable carbon wing at the back. On the bonnet, we can see more openings on the bonnet for cooling, as well as on the front fenders, presumably to reduce air pressure in the wheel arches. Then, of course, you have the two items which give these two cars away as 4C Quadrifoglio prototypes, which are the four-leaf clover badges on the front fenders.

According to an Alfa Romeo’s spokesperson, “The 4C vehicles pictured inside the new FCA Heritage HUB are simply an exercise in style done by the Alfa Romeo design team at Centro Stile in Turin, Italy. While they appear to be Quadrifoglio editions, they have the same powertrain as a normal 4C and were only meant to showcase what a possible, more aggressive version of the 4C would look like. Simply put, they were never meant to enter production as they were only an exercise in design. ”

It’s a very big shame that these prototypes never made it into production, and it’s an open-ended question as to why FCA didn’t approve of the idea. All we as petrolheads can hope for is that the curtain has not been closed on a possible performance 4C in the future.

You can have a look at the video of these two 4Cs (forward to 10 minutes) among all the other car at the Heritage HUB: