What Is Ferrari Testing With This FXX K Evo? 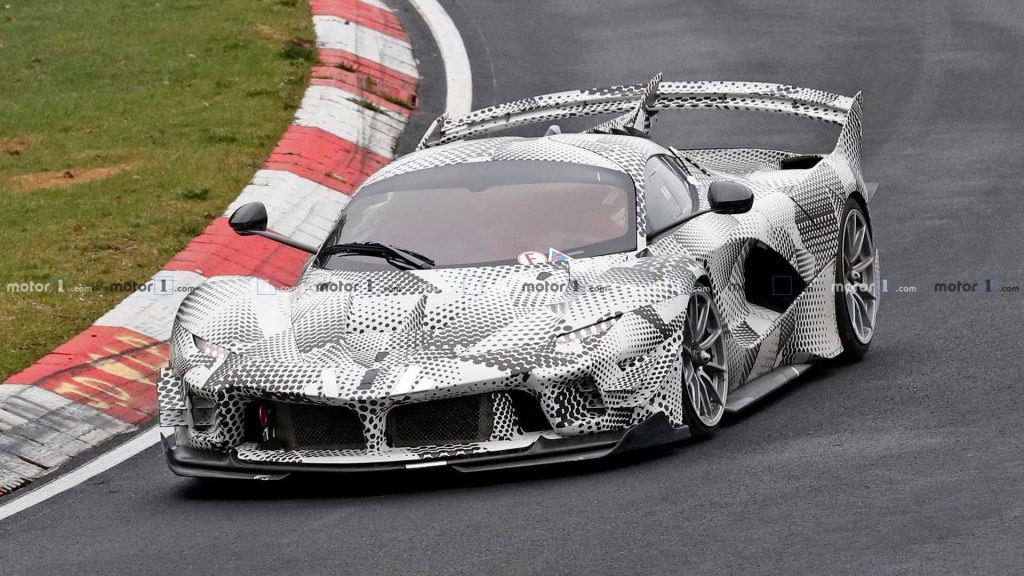 If you are one of the very few (and lucky) people to be a part of Ferrari’s ultra-exclusive XX Programme, then this will probably be of interest to you. Or if you’re just a die-hard petrolhead, you should probably stick around too, because it appears as if the guys and girls in Maranello are getting up to something after a few spy pictures were taken of a FXX K Evo at the Nurburgring.

We have absolutely no idea what this test car could be. Clearly, it seems to be the FXX K Evo and comparing it to the FXX K Evo prototype seen at Fiorano last year, it looks rather similar. The only thing that seems to be different is the camouflage that has been used.

One possibility could be that Ferrari are testing some upgraded aero bits for the LaFerrari-based track-only car. The main aim of the “Evo” extension to the FXX K is to provide more downforce, 23% to be exact, should the “standard” car not wet your pants sufficiently as you go through corners.

Ferrari tend to be very hush-hush about these sorts of things, so we probably won’t know what they are testing until they announce or reveal anything. But even if this outing to the Green Hell was just to try make the FXX K Evo even more brutal and mental, any of the privileged owners will almost certainly not complain at all.