Porsche 911 Speedster To Be Shown Next Week 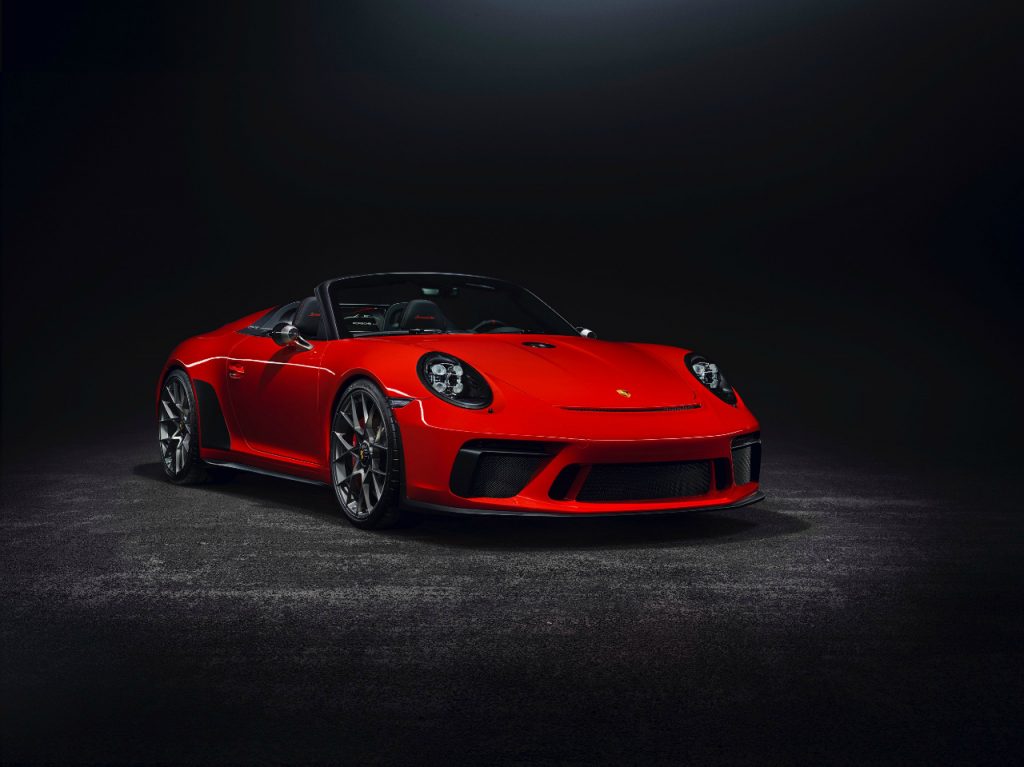 Porsche is set to bring back one of its most well-known 911 variants, the Speedster.

The automaker has already revealed a silver concept version last year which was then followed by a more production-ready red example at the 2018 Paris Motor Show but now we are expecting to see the final model next week at the 2019 New York Auto Show.

CarBuzz managed to obtain a copy of an invite (see grainy image below) to a charity cocktail party on April 18 “for the unveiling of the new 911 Speedster.” We suspect that the car will make an appearance during the press days on April 16 and 17 and there’s a chance Porsche will reveal the car online in the next few days.

Only 1,948 911 Speedsters will be built, so getting on the list to buy one likely wasn’t easy. Unlike the 2011 911 Speedster based on the 997-generation Carrera S, this new model will borrow its drivetrain from the 991.2 GT3. This means it will utilize a 4.0-litre naturally aspirated flat-six producing 500 horsepower (373 kW) going out to a six-speed manual or seven-speed PDK transmission.

Porsche did say that they wanted the production version to remain close to the concept and if this image below is, in fact, the 991 Speedster, then it looks like the hood-mounted petrol cap and the Talbot shape side mirrors have made it to the production model.

Only time will tell.