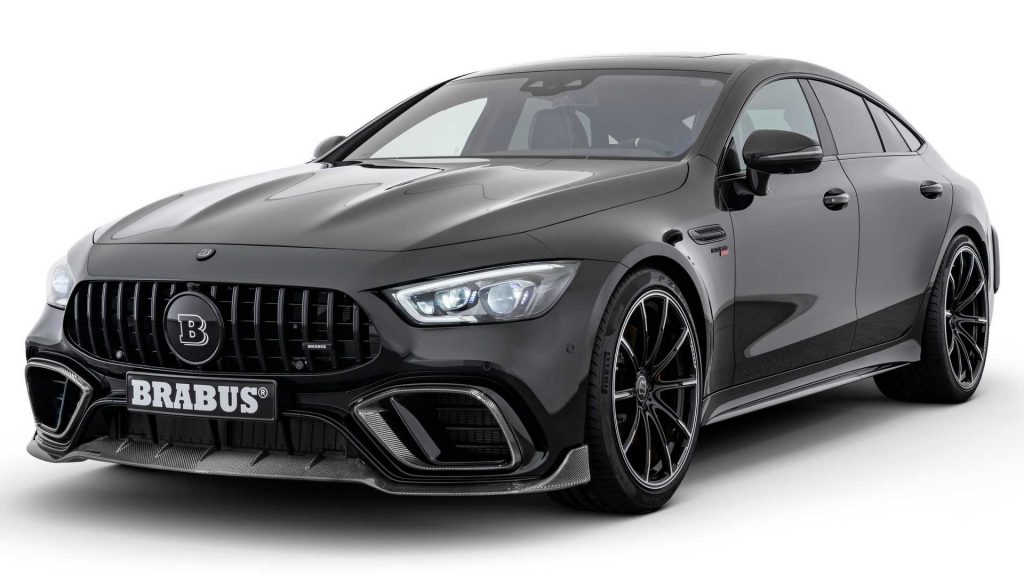 The Mercedes-AMG GT 63 S 4-Door Coupe packs more than enough grunt from the factory but the BRABUS boys and girls are of a different opinion.

The German tuner has decided to take the twin-turbo 4.0-litre V8 engine to a whole new level with it now pushing out 789 hp (588 kW) and 1,000 Nm of torque. As a result of fiddling with the eight-cylinder engine, the beastly BRABUS can now cover the 0 to 100 km/h (62 mph) journey in an astonishing 2.9 seconds or three-tenths of a second quicker than the regular car. Take it to the max and an electronic top speed limiter will kick in at 315 km/h (196 mph), which is the same as the factory car.

How did they achieve this gain? The recipe was quite extensive and it included the tuner’s own larger pair of turbochargers, remapping the engine’s ECU, and doing some software wizardry.

The tuner of course gave it looks to match the extra grunt by developing several body parts finished in naked carbon. Some of these components include a new front spoiler together with attachments for the air intakes, along with a rear diffuser housing the menacing quad tips part of the tuner’s sport exhaust system with titanium finishers.

The side profile reveals a custom set of 21-inch front and 22-inch rear wheels with a fresh 10-spoke design never seen before on any other Brabus project. A plug-and-play device for the car’s air suspension allows owners to lower the AMG by roughly 25 millimeters (nearly one inch) to lend the sedan an even more aggressive stance.

Inside the customization options are pretty much endless but the showcar seen here is heading to Top Marques Monaco and has received a perforated leather upholstery with white stitching and accents, plus Alcantara inserts noticeable on the side bolsters.