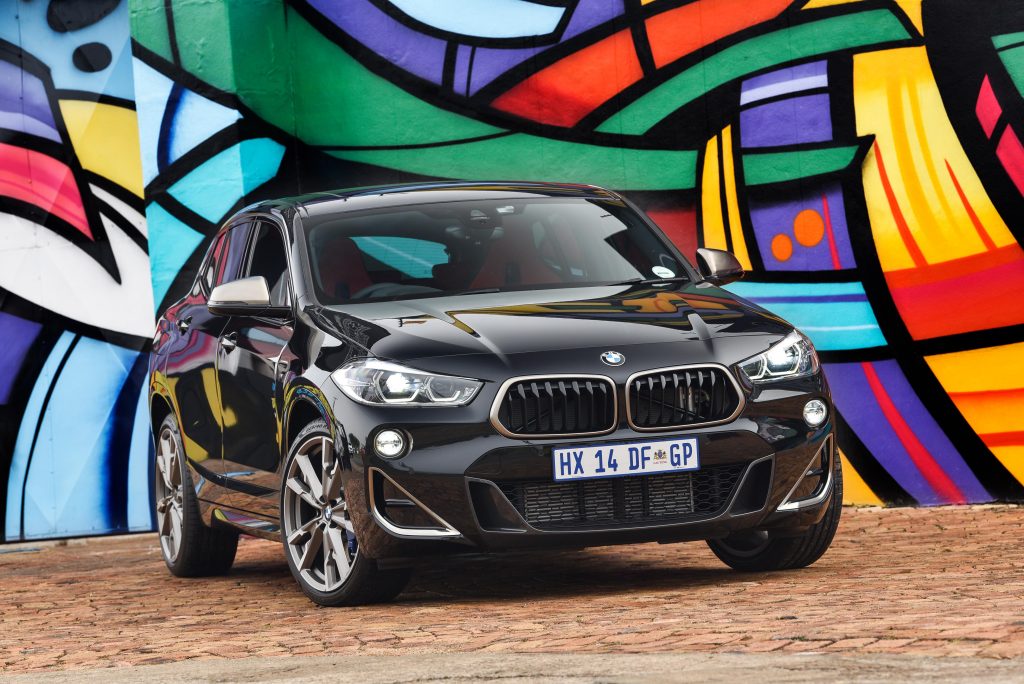 BMW took the covers off the X2 M35i back in September last year so it is not necessarily a new car but it only recently touched down in South Africa and we were one of the first to get acquainted with it.

The BMW X2 M35i is among a new class of high-riding performance cars that aim to bring traditional hot hatchback values to the premium crossover ranks. It’s biggest selling point is the fact that it packs the brands most powerful 2.0-litre TwinPower Turbo engine which pushes out 225 kW and 450 Nm of torque.

To make sure this performance increase is not wasted, the new range-topping M model comes as standard with an eight-speed torque converter-equipped automatic gearbox featuring a race start function and a multi-plate clutch four-wheel-drive system with a differential for the front wheels. That is not all as the BMW M division engineers also provided a retuned MacPherson strut front and multi-link rear suspension, firmer springs and dampers as well as a reduction in ride height over regular models and standard 18in wheels. If you want, you can opt for active dampers and the choice of either 19 or 20-inch wheels.

Externally it differs from the other X2 offerings thanks to a reworked M Sport exterior styling package from the standard X2 with redesigned air ducts within the front bumper for more efficient cooling. There are also Cerium Grey accents for the grille and mirror housings as well as a spoiler element and twin tailpipes as part of an M Sport exhaust system at the rear.

Move inside and you will notice a number of M Sport accents, including a leather-bound steering wheel with shift paddles, a pair of heavily bolstered front seats with M-branded seatbelts and front door trims with the lettering ‘M35i’ among other detailed upgrades.

As mentioned, the engine is the showpiece and it is a proper firecracker, with an exhaust note to match its on-paper potential. Fire it up and you get a little bark to remind you that this is no ordinary X2. It starts as a growl at low RPM, before developing into a trumpeting blare as the needle moves past 3000 rpm. It is a metallic bark that you can actually feel through the steering wheel and paddles and reminded us of the Mercedes-AMG A45 we drove some time back.

Upshifting through a corner is not its strong point because it seems to confuse the xDrive system. At first, it feels like 100 percent of the torque is shoved on the front axle which makes the car jump in the opposite direction you want it to go. It feels as if the power has to all go to the front before sending some to the rear. With that being said it is very good in a corner that does not require changing gear as there is a lot of grip.

Around the city streets you notice the rather firm ride feeling pretty much every imperfection in the road thanks to those low-profile 20-inch wheels. This also contributes to the substantial road noise which can become a little annoying on a long drive but is a small price to pay for the lively drive this little Bimmer provides.

The X2 M35i is not the sort of car BMW M should really excel at and despite its slightly awkward ride height, it’s a remarkably good package.

It might not be an obvious choice and is not exactly a bargain, but those in the market for an all-season hot hatch should at least give it consideration.