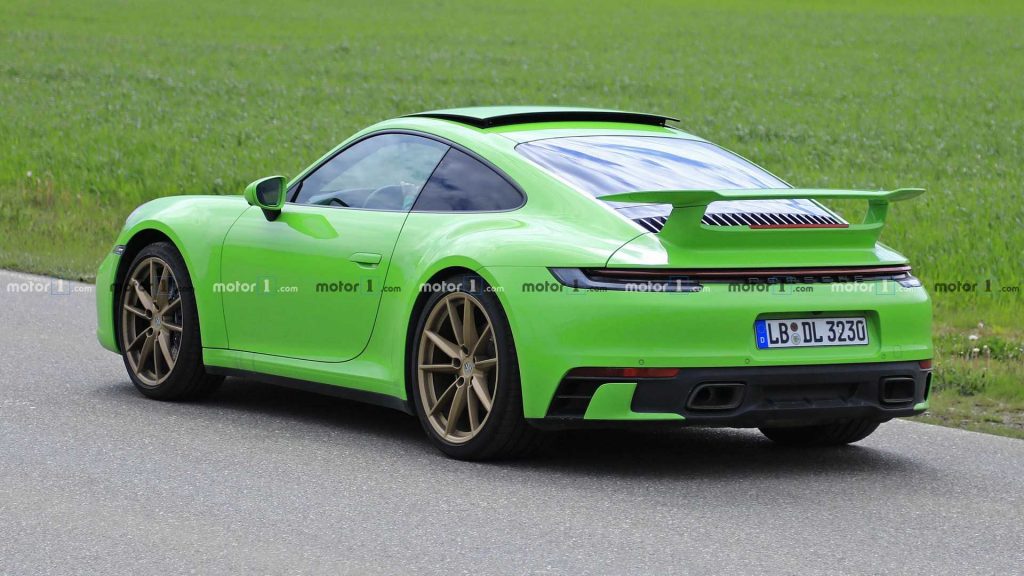 The new Porsche 911 generation (992) is already on sale in both Coupe and Cabriolet variants and several more versions are planned for the near future.

Among them are the GT3 and Turbo ranges, and probably this which seems to be a mysterious hard-top variant previewed in these spy photos.

If you know your stuff you will notice that some of the exterior features seen here are already available through the Porsche Exclusive Manufaktur portfolio which could just mean this car is testing some additional options for the catalogue but we don’t think so.

For starters, there is a fairly large fixed wing at the back with a modified third braking light and a slightly different exhaust layout compared to the regular offering. There are also modifications to the bumpers and a body-colored retractable sunroof.

Could these tweaks point to a new 911 positioned somewhere between the Carrera S/4S models and the hardcore GT3? It sure seems like it and could result in a new mid-range offering for the individuals wanting a little more track orientation but still retaining good everyday usability.