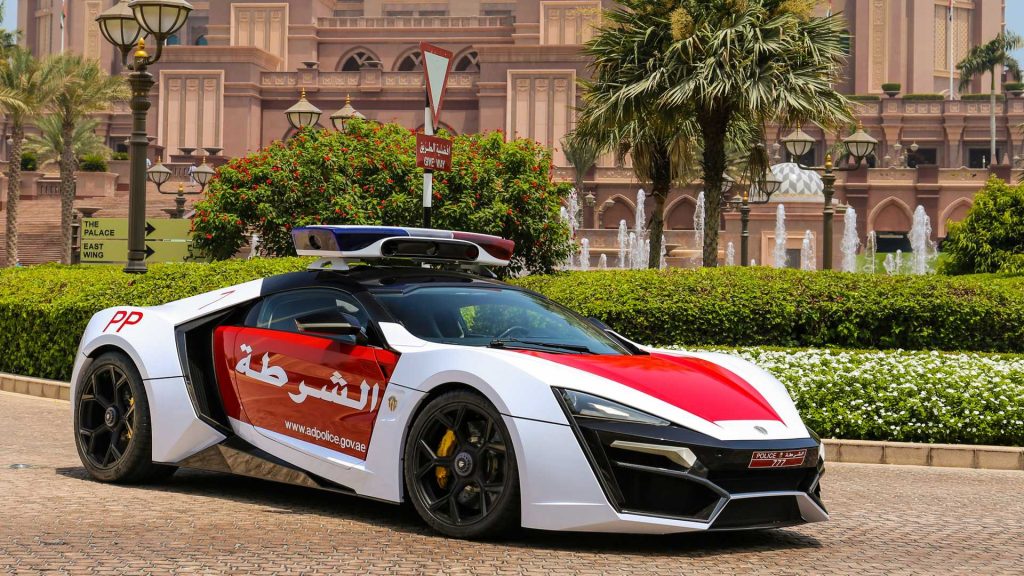 For most countries and fleets around the world, the police cars are generally pretty ordinary but in the United Arab Emirates, things are very different from the rest of the world.

What you are seeing is a police car for the Abu Dhabi fleet and it is certainly no ordinary car. It is in fact the first supercar to be designed and produced in the Middle East and is one of only seven examples ever produced.

It is called the Lykan HyperSport and it is built by W Motors setting the “owner” back a cool $3.4 million (approx. R50 million).

Other than its interesting name and wild styling, the HyperSport has an impressive spec sheet. Perhaps the most noteworthy feature is the RUF-based mid-rear engine, a flat-six 3.7-litre unit with a pair of turbochargers to produce 740 hp (552 kW) and 960 Nm of torque. The exotic car only weighs about 1,400 kg’s which allows it to achieve a very quick 0 to 100 km/h time of 2.8 seconds and run to a top speed of 395 km/h. These numbers should make it the quickest police car in the world.

W Motors has released a follow-up to the Lykan HyperSport in the form of the Fenyr SuperSport. It’s more powerful, faster, and less exclusive since production is capped at 100 examples.