Porsche Cayenne Coupe Might Be Getting Urus V8 Power 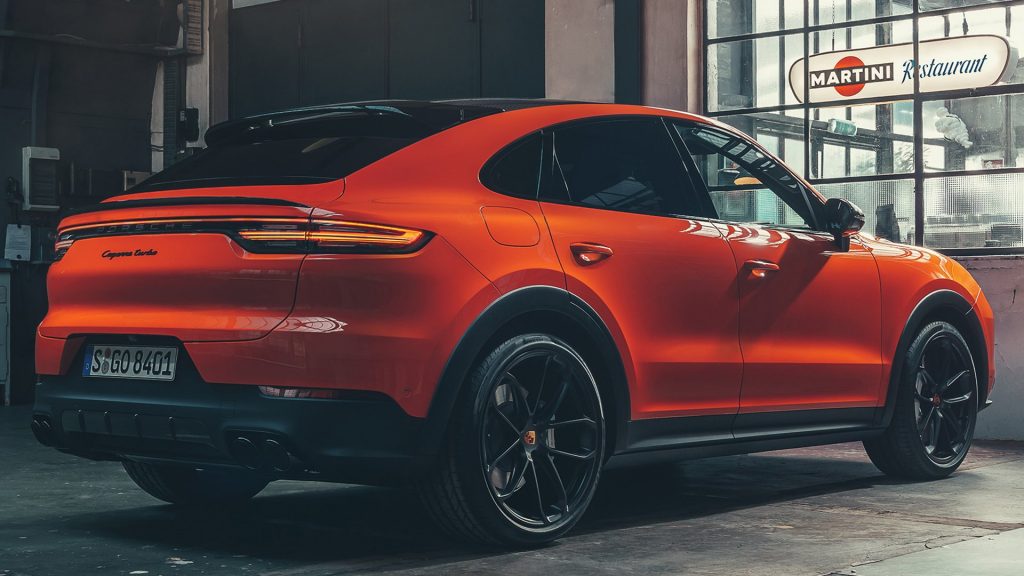 It is safe to say that Porsche were one of the first sportscar manufacturers to introduce a SUV into their model line-up. Ever since the launch of the Cayenne, it seems as if almost every sports and supercar maker has followed suit. More recently, of course, Porsche announced the addition of the Cayenne Coupé to the Cayenne line-up and word on the street is that Porsche could be plonking in the V8 from the Lamborghini Urus into it too.

Apparently, an insider from Porsche mentioned that we may be seeing the twin-turbo engine from the Urus in a sportier version of the Cayenne Coupé. This is hardly surprising considering both Porsche and Lamborghini belong to the VW Group, so fitting the engine that is derived from the V8 currently found in the Bentley Bentayga and indeed the Porsche Cayenne Turbo won’t be an issue at all.

The 4.0-litre V8 in question produces a mighty 641 horsepower (478 kW) and 850 Nm of torque which propels the Urus from 0-100 km/h in just 3.6 and 0-200 km/h in an impressive 12.8 seconds. For a car that weighs 2.2 tonnes, that is rather brisk. Will the Cayenne be lighter than the Urus, and will the engine be detuned or keep the same power output? If not, the Urus’ will have some in-house competition to worry about.

The people who would be creating this high-performance Cayenne Coupé, should it indeed happen, are the same team at Porsche that create their race cars, and GT products. Considering that little fact, we really can’t wait to see if this car becomes a reality.