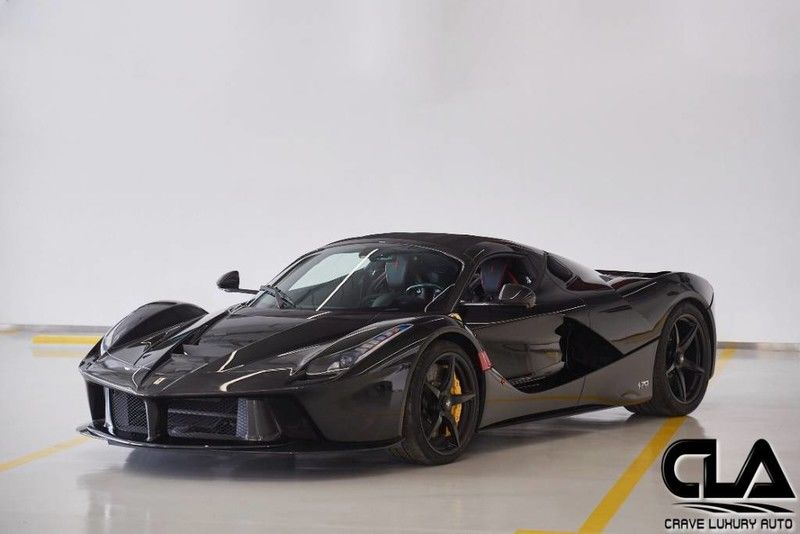 Currently, the most exotic thing to leave Maranello is the LaFerrari Aperta and with the used prices continuously on the climb, we could see this black example fetch up to $8.5 million (approx. R124 million).

As the drop-top is rarer than the coupe with Ferrari making only 210 units, there will always be a massive demand for the Aperta hypercar in the used exotic market and a sinister looking example like this, could reach the higher end of the scale.

The 6.3-litre V12 paired with an electric motor produces 950 hp of power and as the odometer reads just 313 miles (500 km), this 2017 Ferrari LaFerrari Aperta is among those very low-mileage examples. As the Aperta’s rarity and recent auction prices are factored in, this example could be priced at anything between $6.5 million and $8.5 million. That is a fairly large variance but we will only know what it does fetch once the sale is concluded so keep an eye on the listing.