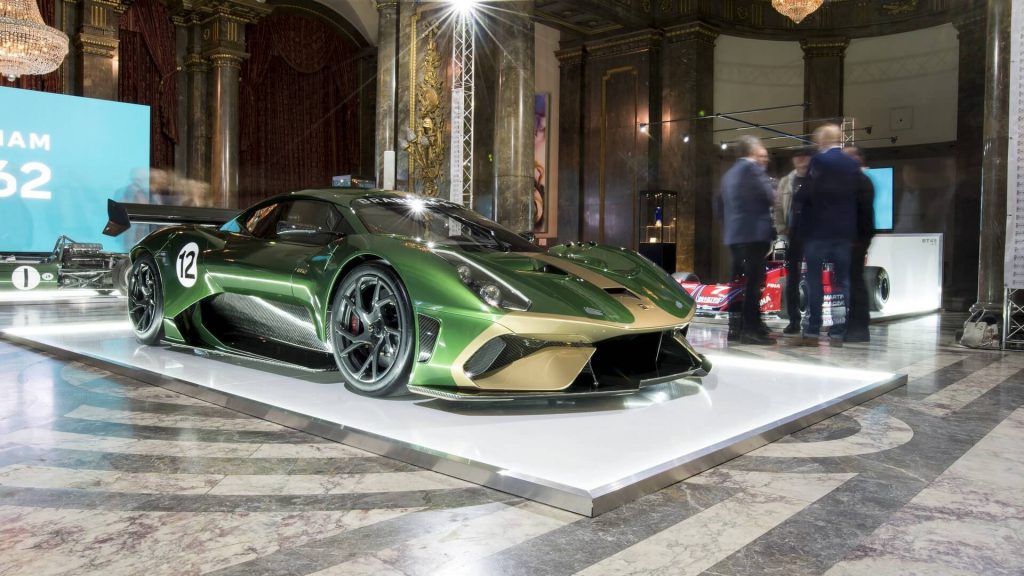 David Brabham recently revived the Brabham name following the heritage of his father in Formula One with the track-focused and indeed track-only BT62. Rumours have been floating around of a potential street-legal BT62 being created (as many track-only supercars usually end up) but no real confirmation has been received. The people at Brabham, however, Motoring Research reports that Brabham will indeed be making a street-going, track-focused supercar albeit not a BT62.

The BT62 has a price tag of a rather substantial $1.3 million (approx. R19.2 million) and only 70 of them will be produced. Considering Brabham is not a very large company and still very new, don’t expect thousands of this as yet undisclosed supercar to be made. Brabham are not likely to build more than, say, two or three hundred of them. Prices? Well, Brabham haven’t indicated what this car will cost, but don’t be surprised if the car costs more than about $650 000 (approx. R10 million).

No hints at what could power Brabham’s new supercar has been given, but the chance that it could be the 5.4-litre V8 that pushes out 700 horsepower (522 kW) is definitely there.

Of course, most of this is speculation and nothing is confirmed. Brabham has not announced when we will see this new supercar of theirs, but our guess would probably be around 2022.