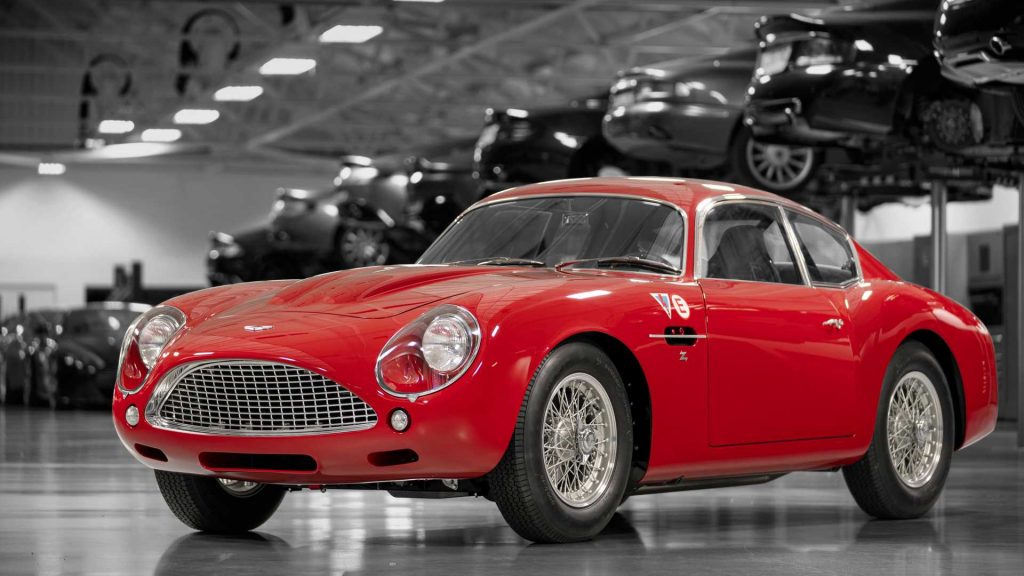 This particular example is the first of 19 that will only be sold as a pair with the yet to be revealed DBS GT Zagato and will be shown to the world at the upcoming Le Mans this weekend.

It has been painted in Rosso Maja which is a colour that was mixed by paint supplier Max Meyer specially for use on the original Zagato DB4.

The original Aston Martin DB4 GT Zagato is an exceedingly rare race car from the 1960s, but anyone steeped in the history of the automobile knows that’s it is so much more than simply a rare car. Handcrafted and lightweight with a thin skin of aluminium and a 3.7-litre straight-six, it was as beautiful as it was quick. Only 19 were built, but Aston Martin is adding an additional 19 to that count as the latest project in the automaker’s continuation series.

As you would expect, it is faithful to the original racer on just about every front. The cars are built at Aston’s Heritage Division headquarters in Buckinghamshire, utilizing a combination of modern technology and original hand craftsmanship. For example, the DB4’s body has a digital origin, but the actual aluminium body panels are shaped by hand using the same techniques perfected by engineers and artisans from decades past. Beneath the panels is a lightweight tubular frame, and since these are designed to be race cars, an FIA-approved roll cage is part of the package.

Not all things are original, however. The leather-trimmed racing seats are actually made from carbon fibre. Even bigger changes are under the hood, both literally and figuratively with a 4.7-litre version of the original 3.7-litre inline-six. As such, the DB4 GT Zagato Continuation creates over 390 horsepower (291 kW), and it’s all corralled to the rear wheels through a four-speed manual transmission.

While the DBS Zagato is road-legal, the DB4 GT Zagato is a track-only car, given that the latter is based on a now 58-year-old design.

Owning such a rare, factory-built recreation won’t be cheap as you can imagine and you would be correct. Each pair commands a tidy £6 million (approx. R112 million) price tag.