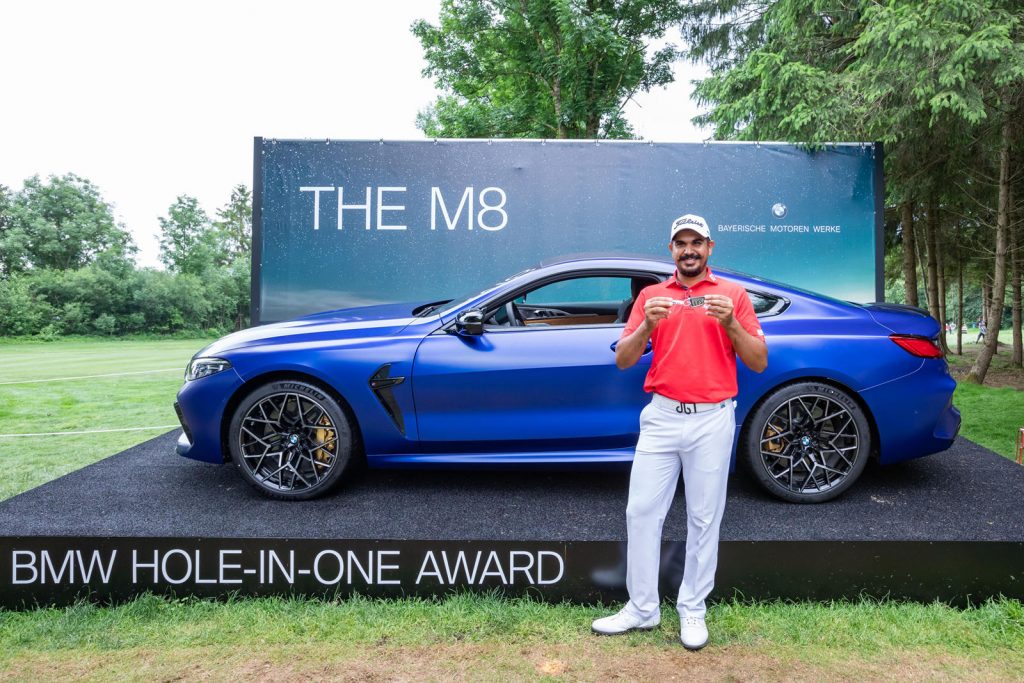 A hole-in-one in golf is special no matter who you are but when you win a brand new BMW M8, it is just epic.

Gaganjeet Bhullar is a professional golfer from India who’s currently ranked as the 175th in the world. This year he’s playing on the PGA European Tour, which stopped in Munich this weekend for the BMW International Open where he aced 17th hole marking his second hole-in-one in his career.

The BMW M8 Competition Coupe is yet to go on sale so he could be the first owner in the world.

Gaganjeet became the eighth winner of the BMW Hole-in-One Award over the past 31 years. The first prize awarded in 1991 was a 325i Cabrio, with subsequent winners taking home rides like the Z8 roadster, 535i sedan, 640i Gran Coupe, i8 coupe and roadster, and M760Li sedan.

The new M8 Competition could be the sweetest prize of them all. The new flagship coupe packs a 4.4-litre twin-turbo V8 good for 625 horsepower, sending the luxury coupe scurrying to 62 in just 3.2 seconds.