Hardcore GT3-Inspired Audi R8 Could Be On The Way 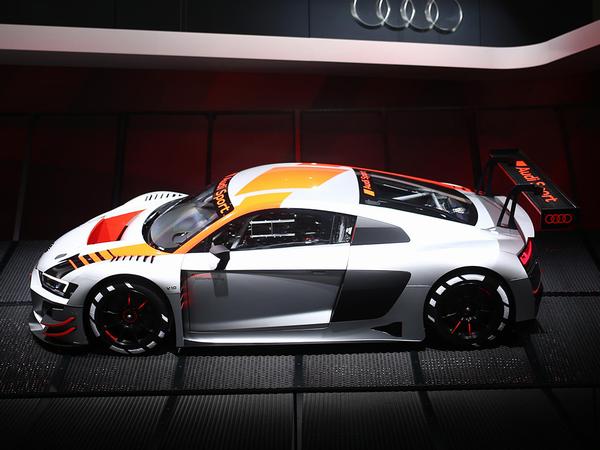 As you will probably know, the R8 Performance is currently Audi’s flagship supercar. With 620 horsepower (462kW) on tap, it still remains one of the best value supercars money can buy. However, with rumours floating about that the R8 could very well be axed soon, it leaves many hearts desiring a beefier, pumped up version of arguably the first daily supercar. As it happens, some of the bigwigs at the German manufacturer are alluding to just such a creation.

Head of performance at Audi, Oliver Hoffman, recently gave a few hints that we could very well be seeing a R8 based on Audi’s GT3 race car. “We have some good ideas for a more extreme R8 as we know the powerful exterior design of our racing car is amazing – people want to drive this on the street,” Hoffman said. “The racing car engine is almost identical to the road car’s, so that’s already proven, but we have the GT3 drivers doing chassis testing for us.”

One of those drivers is Frank Stippler, who is involved in developing various Audi models on the Nürburgring, is also at work testing this new R8’s suspension and brakes. Seeing the car will be based on the GT3 car, we can also expect the car to have rear-wheel drive, like the limited R8 RWS. Hoffman also confirmed that the engine will remain naturally-aspirated with no electrical assistance whatsoever, as indeed will every R8 until the end of the current generation. So, that means it won’t be surprising to see some upgrades in power for this car.

While nothing is absolute, it does at least seem that Audi are in the process of developing something quite awesome indeed. We suppose we will just have to remain patient to see the final product come to fruition.