Mercedes-AMG Reveal Most Powerful Production 4-Cylinder Engine Ever Made 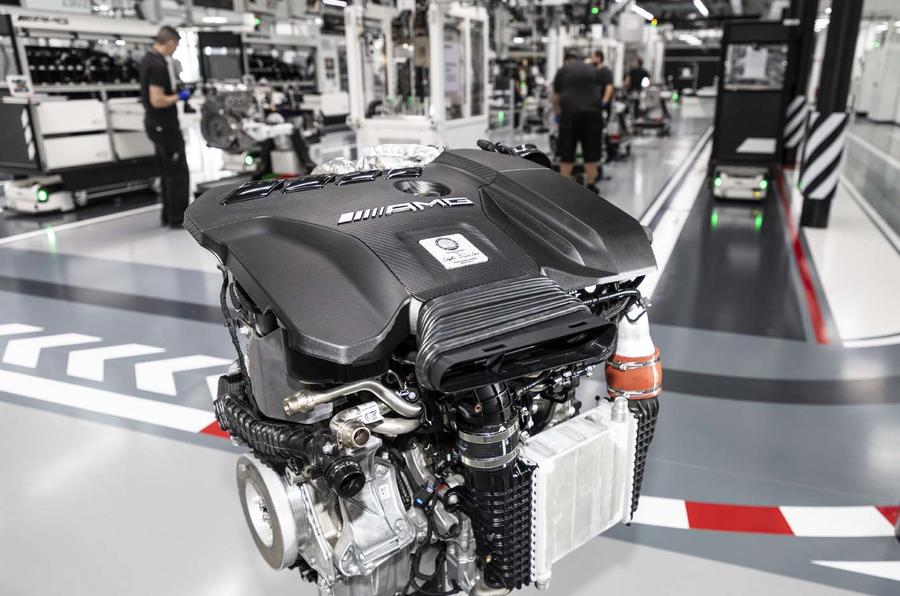 When the previous generation Mercedes A45 AMG came out, we were quite amazed at the amount of power that was extracted from its 2.0-litre, turbo-charged 4-cylinder engine. 376 horsepower (280 kW) is quite a substantial amount of power for a hatchback. For the newest Mercedes-AMG A-, GLA- and CLA-Class models, though, Mercedes has naturally opted to add more power. The result? The most powerful 2.0-litre, 4-cylinder engine ever made.

This new M139 engine unit is not just a rework of the old one. Engine development big-wig at Mercedes, Ralf Illenberger, said that stricter emission regulations, the demand for extra oomph and less weight to lug around called for a complete redesign of AMG’s smallest engine. “The only carry-over parts are a few nuts and bolts.”

Because of all the alterations to the engine, the power outputs are quite remarkable. In the ‘normal’ version of the M139, you will have 382 HP (285 kW) and 480 Nm of torque at your disposal when you press the throttle. For the more fruity ‘S’ version, expect 415 of Affalterbach’s finest German stallions (309 kW) and 500 Newton meters.

One of the main objectives with this M139 engine was to provide a more sporty experience behind the wheel. To solve this problem, the 4-cylinder engine aims to accelerate more like a naturally-aspirated engine. You’ll experience the most torque at 5200 rpm, with the most impressive surge happening at around 3000 rpm.

The M139 engine is now also a lot more efficient than the previous generation powerplant. Bigger exhaust valves and valve seats, a different water jacket, oil, water as well as air cooling for the turbo and an independent coolant plumbing for the cylinder head and cylinder block means the engine can be cooled in much more efficient way.

It is not only the engine that is more efficient, but also the way that it is made. By utilising electronics to optimise the torque applied to each machine-attached part of the car, the production time of the engine has been reduced by 20-25%. Having said that, AMG still uses it’s “one-man-one-engine” philosophy when assembling the engines.