Porsche 718 Cayman GT4 Clubsport MR Takes It Up A Notch 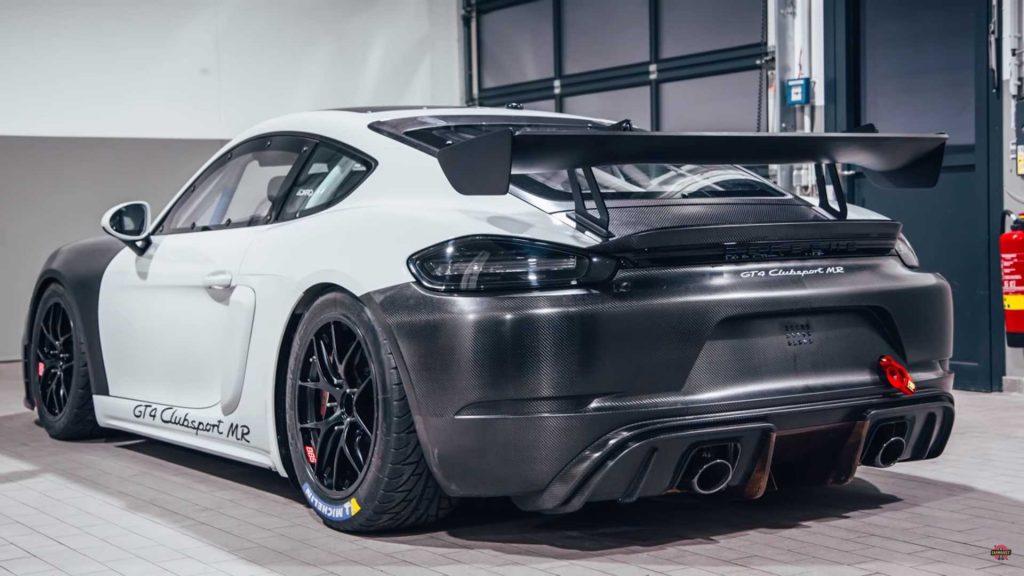 It has been called the 718 Cayman GT4 Clubsport MR (obviously) and has now gone through a series of upgrades with a focus on shaving off excess weight.

It has been developed mainly to compete in the SRO series in the GT4 class and as you can see, it has gained multiple carbon fibre body panels: front and rear bumpers, hood, doors, hood, trunk lid, and the rear spoiler.

To meet the SRO requirements, there are new BBS wheels along with a safety mesh on the side air intakes to avoid any potential damages to the vents that might occur while racing. Interestingly, the headlights are also modified to save money in the event of a crash as the team will only have to replace the glass rather than the entire cluster.

Manthey-Racing has also made an assortment of changes inside the cabin with an emphasis on safety. There’s more foam inside the door cards to absorb the energy from an impact, along with safety nets to the left and right of the driver, plus a sensor necessary for organizers from the SRO to log everything that’s going on with the car while it’s racing.

If you fancy this creation, you are in luck as Manthey-Racing will sell these upgrades either as individual items or the complete package for nearly €28,000 before taxes.