Porsche Bergspyder Is A Racecar Tribute That Never Happened 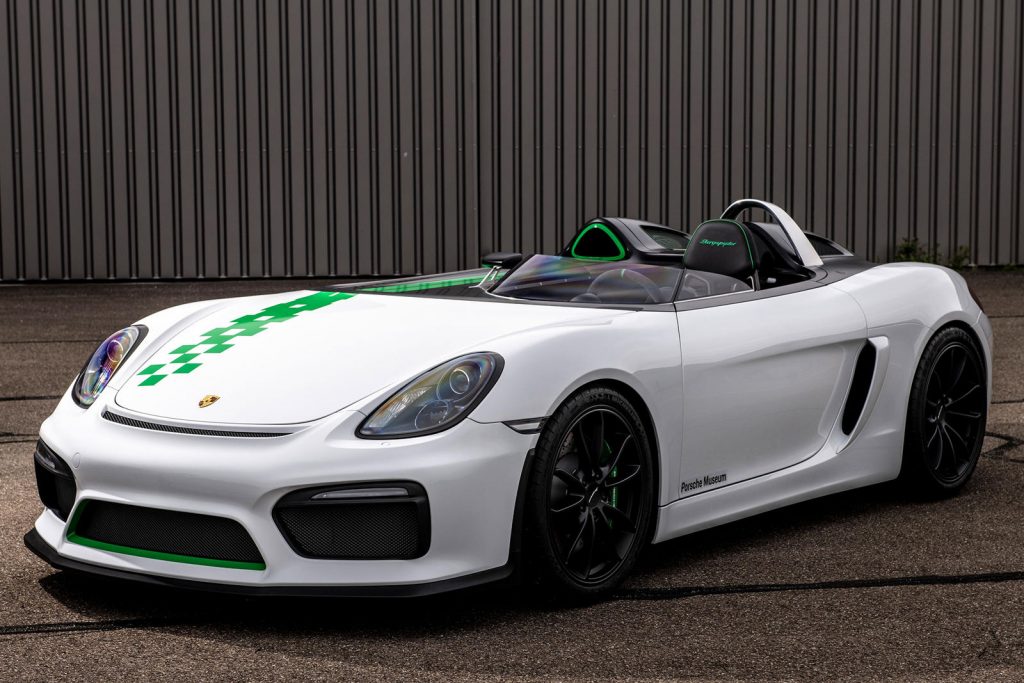 Every now and again we hear of car manufacturers who created a special one-off concept that they (for some reason or another) decided to not put into production. Well, Porsche is the latest to have jumped on that bandwagon because they have recently revealed a very special one-off car that was based on the previous generation (981) Boxster, and it’s called the 981 Bergspyder.

This, until now, unknown project was inspired by a single-seater race car built by Porsche in 1968 called the 909 Bergspyder. The car’s purpose was mainly to participate in events such as hillclimbs and was the lightest car Porsche have ever raced with. How light you may ask? 384 kilograms to be exact. Yes, you read that correctly. The 909 Bergspyder was a car that almost weighed less than the driver.

Fast forward a few years to 2015, and Porsche asked the people at Weissach to create this 981 Boxster-based project with the original in mind. The briefing was simple. Make it as light as possible and make it handle as a Porsche should. The colour scheme would also be simple, too – white and green, just like the original.

The 981 Bergspyder also only has a single seat with a wind deflector to try and minimise any damage to the driver’s hairstyle. The car’s interior design, however, is not from a Boxster but was instead from none other than the 918 Spyder. The dashboard and various other bits and bobs were taken straight from the hybrid hypercar which was, of course, brand new in 2015. The car also had a sneaky secret compartment where you would find a helmet shelf, a cover for the seats as well as some space for your luggage

So, what powers this one-off machine? The engineers decided to plonk the 3.8-litre, 388 HP (289 kW) boxer engine from the Cayman GT4 into it. Funnily enough, Porsche actually sent the 981 Bergspyder around the Nurburgring and achieved a time of 7 minutes and 30 seconds.

Reading all this you may wonder why Porsche didn’t make what would arguably be one of the best driver’s cars ever made. The reason why, though, is that Porsche were worried that it wouldn’t qualify to be registered in various countries due to safety issues. As a result, it sadly only remained as a prototype. The 981 Bergspyder will therefore only be able to be viewed in Porsche’s museum. A great shame indeed…