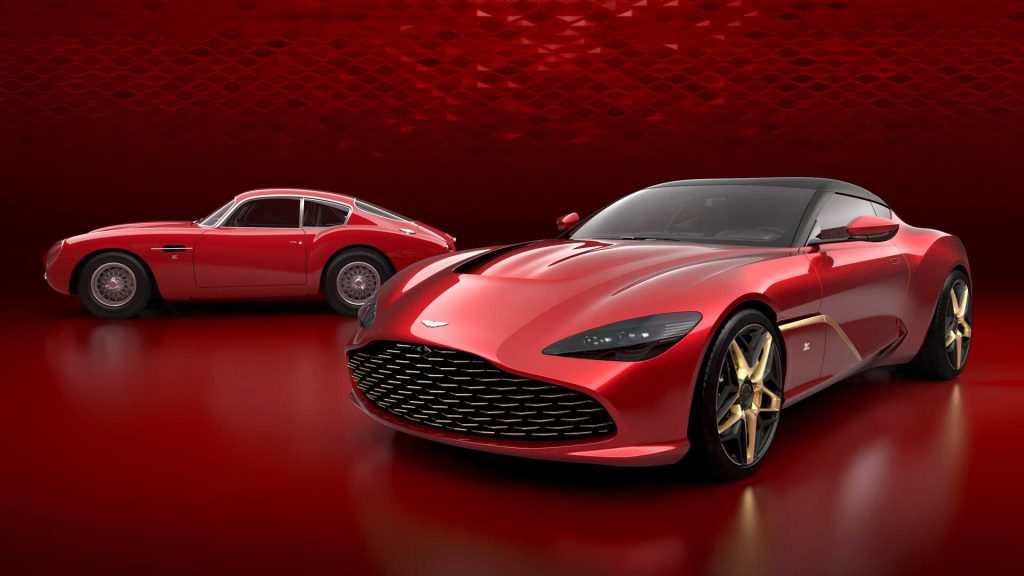 Aston Martin and Zagato are two marques that go together like strawberries and cream. Since the 1950s they have been collaborating to create some of the world’s most beautiful automotive creations. Now, we have been graced with the final renderings of the soon to be produced DBS GT Zagato and DB4 GT Zagato continuation.

The DBS GT Zagato is based on the DBS Superleggera but has very clearly been redesigned somewhat. The most evident design differences are the new rear and front design with its sizeable front grille. In addition to that, we have the new 20-spoke gold wheels and prominent bonnet lines. The details of the engine haven’t been confirmed, but if it takes over the engine from the DBS Superleggera it will be making 715 horsepower (553 kW) and 900 Nm of torque courtesy of the 5.2-litre, twin-turbo V12.

“This is a car that is not only focused around beauty, but drama too,” said Chief Creative Officer at Aston Martin Lagonda, Marek Reichman. “Our dynamic grille gives us an opportunity to provide the car with two very different identities. When parked, DBS GT Zagato will almost look like it’s resting, but with the rear of the car still appearing muscular and primed for action.”

In addition to the DBS GT Zagato, a DB4 GT continuation model will also be made. Being a more classic model, it will “only” 380 HP (283 kW) from its straight-six engine. With that will come a 4-speed manual gearbox with drive coming from the rear wheels.

“It was important to me and our teams to deliver something as beautiful as the original DB4 GT Zagato,” Reichman noted, “and I feel that we have achieved that with this model and I can’t wait to see it in the metal.”

Both of these exquisite cars will be available in 2020 and as you would expect, they won’t be common or cheap. The cars will come in pairs and with only 19 examples (pairs) being made, they will carry a price of $7.5 million (approx. R106 million).