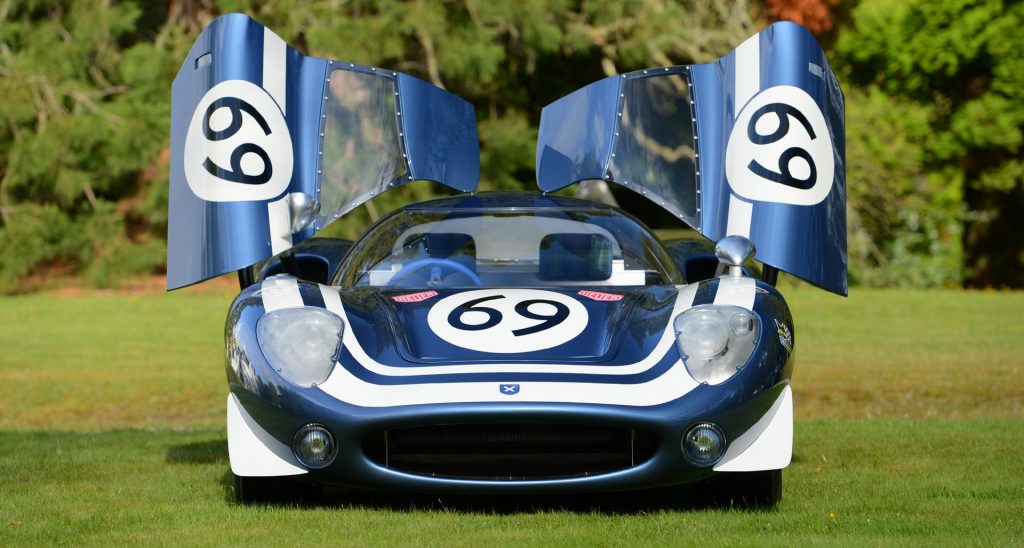 Throwback to 1966 when Jaguar created the XJ13 prototype racer to defend their crown at the 24 Hours of Le Mans. Now fast forward to 2019 and Ecurie Ecosse has revealed the limited-edition LM69 supercar.

Just 25 examples will be built with power coming from a quad-cam V12 just like the Jaguar. They wanted to remain true in spirit and sympathetic to the XJ13’s styling but the LM69 comes with a fixed roof and a new aero agenda that includes an incorporated rear wing.

Thanks to the use of composite materials, the LM69 is a lot lighter than the original.

Production will take place at Ecurie’s home in the UK, with each example to be hand-built by the “best British craftsmen in their field”.

Pricing has yet to be released, though with the amount of bespoke fabrication and design work going on here, it certainly won’t be cheap.