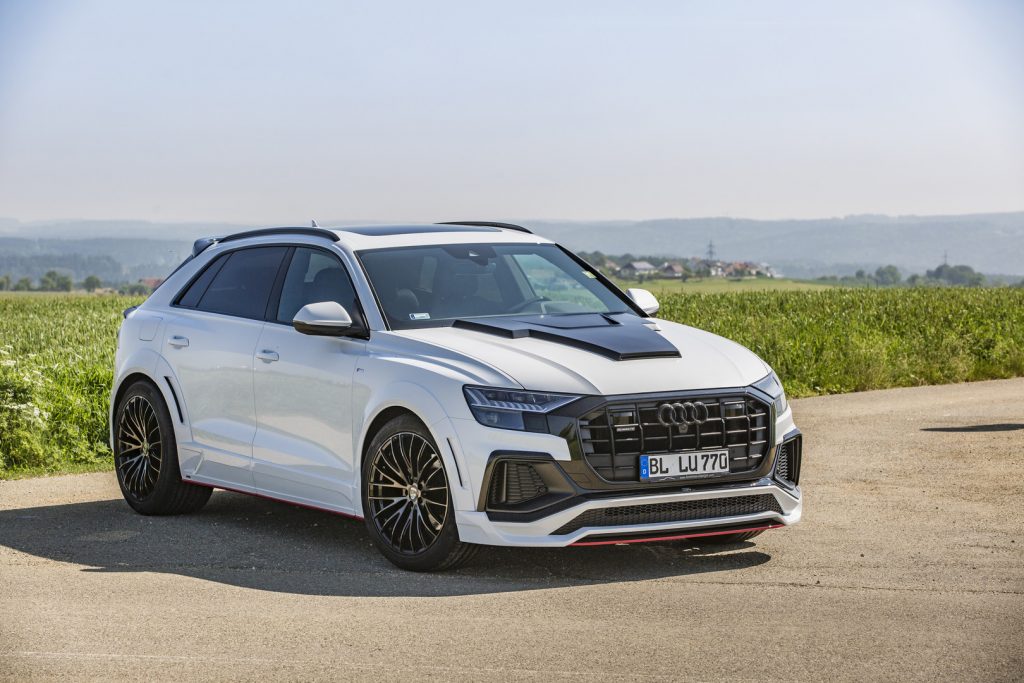 The Audi Q8 is a rather handsome car that has quite a bit of presence in any setting that it finds itself in. If you are a person who wants your car to stand out, and you happen to own a Q8 as well, then step right this way because Lumma Design may just be the tuner for you.

Lumma’s new kit for the Q8 has been christened the CLR 8S and most of the changes involve the exterior of the car. Around the front Lumma have added an aggressive black power dome on the bonnet. The front bumper has also been changed with additional air intakes and a new front splitter. The CLR 8S has extended wheel arches with the side vents seen on them too.

Moving along to the rear of the car, Lumma have put on a new rear diffuser with an additional ear channel instead of the Q8’s standard 3. Quad tailpipes are visible too, although they are only really there for show. You will also notice a new rear spoiler on the top of the boot as well as a roof spoiler on either side of the car. The CLR 8S can also be fitted with 22-inch wheels to fill those extended wheel arches.

Lumma Design are offering power upgrades for the 45 TDI version of the Q8, taking power up from 231 horsepower (172 kW) to 340 horsepower (254 kW). If you want some unique touches to the interior, Lumma Design is willing to oblige too.