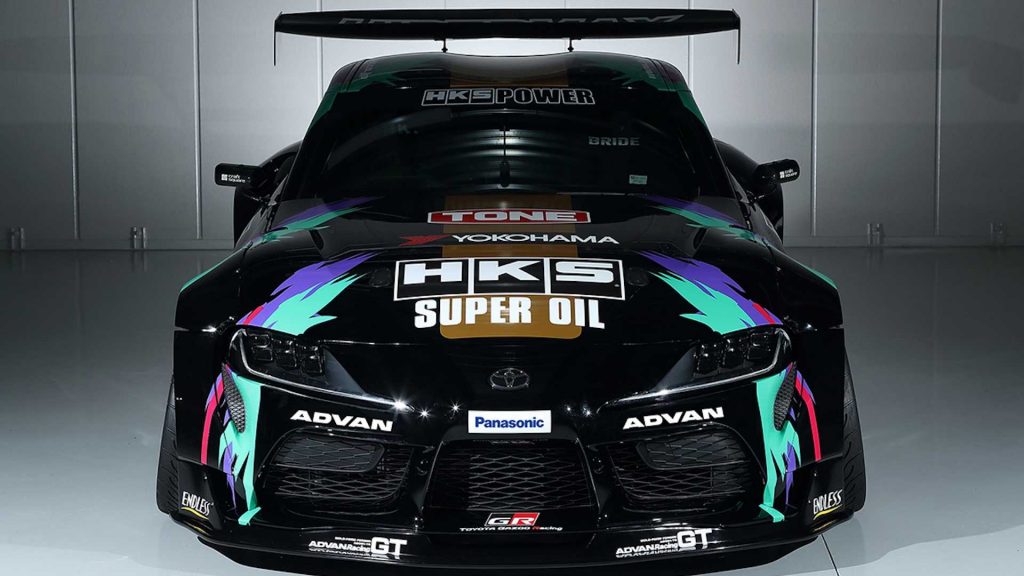 The Goodwood Festival of Speed starts tomorrow which means the best automotive machines from around the world will gather and show off in front of thousands of petrol heads at the event and watching live.

This HKS Toyota Supra Drift car has completely been rebuilt and now packs a 2JZ-GTE that’s boosted by an HKS GTIII-4R. This results in a tyre-shredding output of 690 horsepower (515 kW) which is twice as much as the engine output of the GR Supra.

This build is a collaboration between HKS and Toyota Motor Corporation to bring a version of the iconic sports car that can do full-fledged drifting. Armed with HKS turbo and suspension setup, Advan wheels and tires, and 884 Nm of torque, this one-off Supra is headed towards the Goodwood Festival of Speed with Nobuteru Taniguchi behind the wheel.