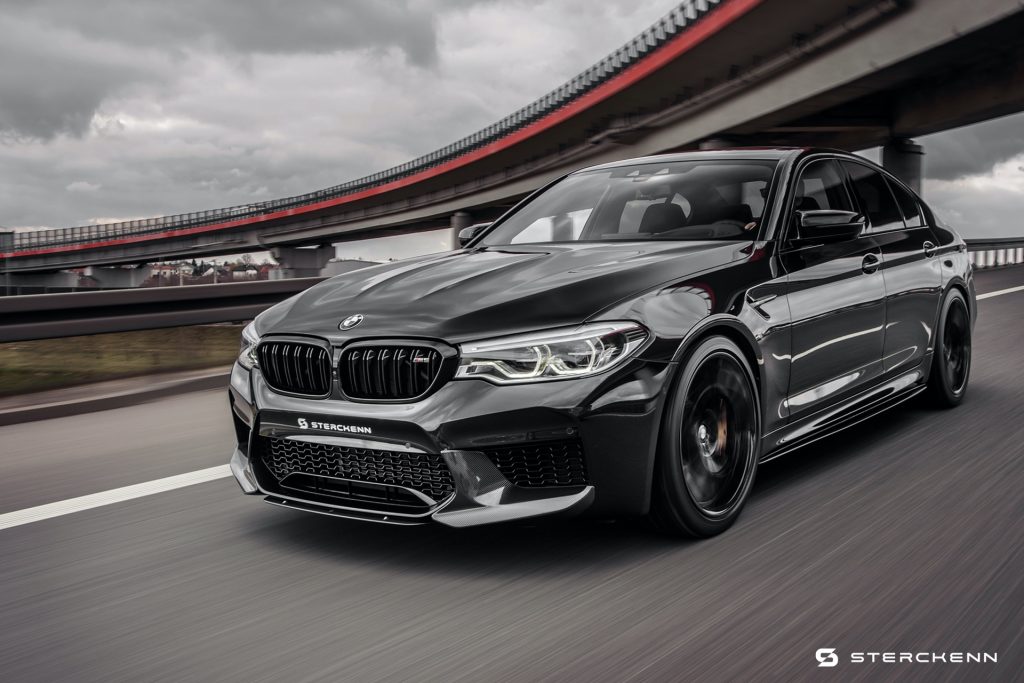 Owners of the BMW M2 Competition are graced with a fairly wide range of parts to choose from. Included in the range is a debuting front splitter which apart from the aero assistance, adds to the coupe’s aggressive looks. It’s also quite a sensible alternative to the stock design as it does not lower the ground clearance, so you won’t have to forfeit practicality.

BMW’s G30 5-Series can also inherit a set of body upgrades from Sterckenn’s offerings. The tuner tenders a product line of discreet yet effective upgrades which includes a front lip and rear diffuser. These carbon-fibre tweaks inconspicuously add to the sporty looks of BMW’s M Performance parts.

Sterckenn also saw fit to design subtle aero upgrades for the F90 M5. Though the offering is quite similar to that of the G30, those blessed with the gift of sight will be able to differentiate it from a Sterckenn-tuned 5-Series as you would from both stock models. The delicacy of the upgrades again means that you don’t have to trade in the M5’s day-to-day usability as the Hands-Free Access Functions remain unaffected. Thanks to the carbon-fibre rear diffuser inserts being able to fit stock components, owners won’t need to replace stock components, meaning you will still be able to open your boot by sliding your foot under the rear bumper. Also part of the upgrades for the M5 is a front-end splitter and as with the rest of the upgrades, it is made of prepreg carbon fibre.

Sterckenn is famed for producing upgrades for selected BMW models which contribute to their sporty and aggressive effect without overshadowing initial design. Hit our gallery for more images of the cars sporting the BMW tuner aerodynamic upgrades.