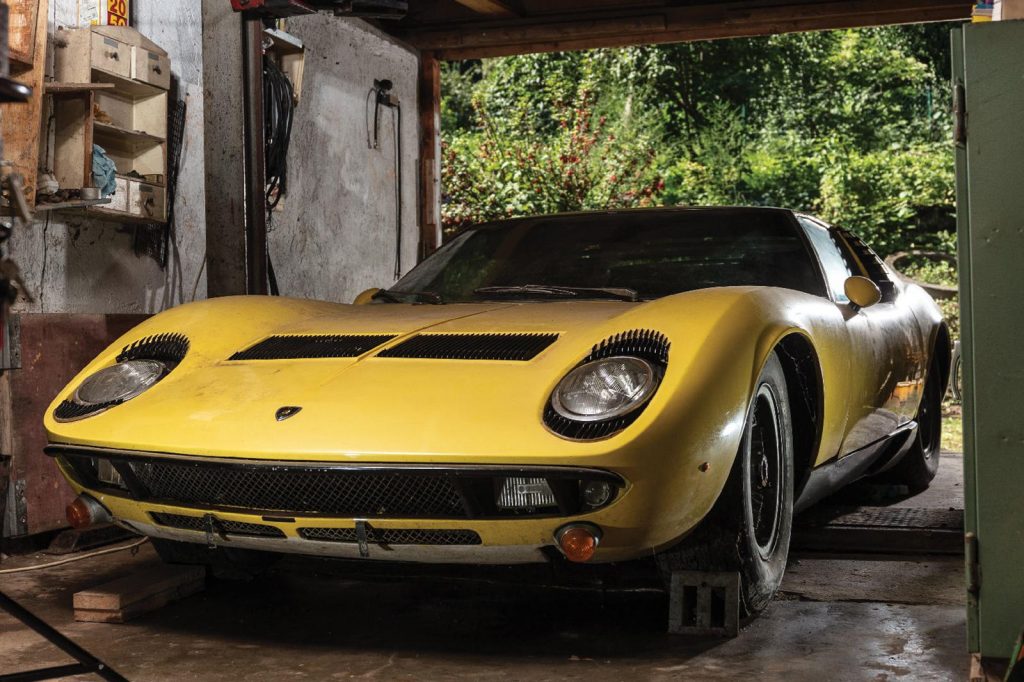 There have been some sensational barn finds over the years and this 1969 Lamborghini Miura P400 S is certainly no exception.

The car seen here was found stashed in a German barn gathering dust and will be going up for auction this October hoping to find a new owner to give it the life it deserves.

It was bought brand new back in 1971 by advertising executive Walter Becker. He then sold it to an amateur racing driver Hans-Peter Weber in 1974. Weber kept the car in pristine condition and owned it until his death in 2015. After his death, the car was transported to a friend’s barn in the Black Forest of Germany the same year where it has remained ever since.

This is believed to be one of the last remaining examples in original and completely unrestored condition and since it has just 10,032 miles on the clock it could be worth a pretty penny or two.

As you can see, it is still sporting the original Giallo Flay yellow paint, Skay Bleu blue interior, and engine, which hasn’t been rebuilt. As you can see from the marks above the exhaust pipes, this Miura is unapologetically raw, and it looks like the 3.9-litre V12 was well-loved during its ownership.

“Any Miura S is rare and desirable in its own right, but the car we are selling in London is an opportunity that would be very hard to repeat,” said Maarten ten Holder, Executive VP and Head of RM Sotheby’s Europe. “I think it’s fair to say that for many collectors an original Miura such as this, is the ultimate prize. With new dates also announced for our 13th London sale, we are delighted to have this car as an early star lot and we are confident it will attract interest from around the globe.”

The beautiful creation will go under the hammer on the 24th of October at the RM Sotheby’s London auction where it is estimated to fetch between $965,000 and $1,2 million.