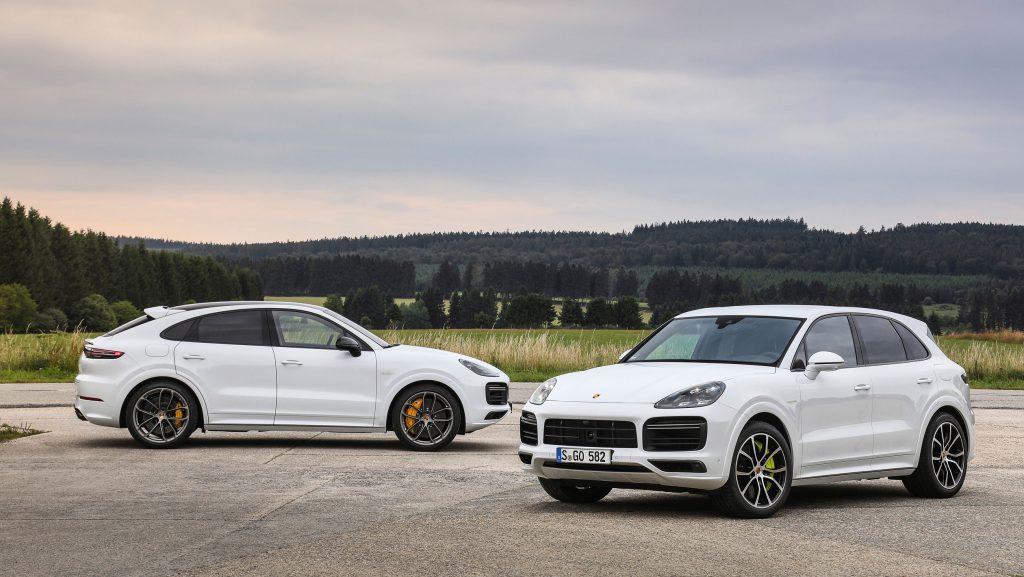 Quite some time ago we reported that the new Cayenne Turbo S E-Hybrid variants would pack a lot of horsepower and now that the car is official the numbers have been confirmed.

The Cayenne Turbo S E-Hybrid and the Cayenne Turbo S E-Hybrid Coupé draw their system output of 670 hp (500 kW) from the intelligent interaction of a four-litre V8 engine 542 hp (404 kW) and an electric motor integrated into the eight-speed Tiptronic S transmission 134 hp (100 kW). The maximum system torque of 900 Nm is available from just above idle. Both models accelerate from a standing start to 100 km/h in 3.8 seconds and reach a top speed of 295 km/h.

If all this performance is a bit too much for you but you want something hybrid, Porsche will also offer you a new Cayenne E-Hybrid Coupé with system power of 455 hp (340 kW), torque of 700 Nm, and an electric range of up to 43 kilometres.

Back to the range-topping Turbo S variants. In E-Power driving mode, the electric motor can, on its own, propel the vehicle up to a maximum speed of 135 km/h. It can also be used in the other modes for an additional power boost. These modes can be selected via the standard Sport Chrono Package (Hybrid Auto, Sport and Sport Plus). Porsche has taken this boost strategy from the 918 Spyder super sports car.

Local pricing is as follows;

Porsche
Share. Facebook Email Twitter LinkedIn WhatsApp Telegram
Previous ArticleHave You Scrapped Your Car? Here Is What You Need To Do In Order To Notify The DVLA
Next Article Manual Toyota Supra Coming but Not From Toyota