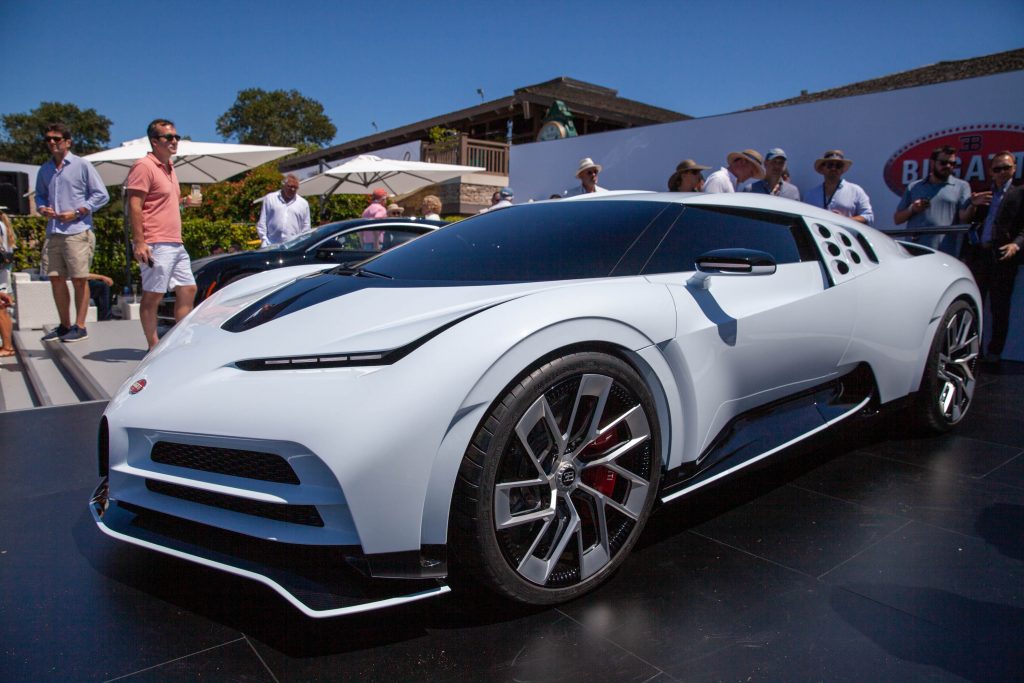 Last week we showed you the first shots of the ultra-exclusive Centodieci from Bugatti and now that it has been revealed at Pebble Beach, we have some official information.

The car is not only celebrating the 110 years since the company’s founding, but it’s also paying homage to it’s iconic 90’s supercar the EB110, which, unsurprisingly, was built for Ettore Bugatti’s 110th birthday in 1991.

As you can tell by the design, the Chiron was used as a starting point and then adapted and formed to recall the EB110.

“The Centodieci offers our customers an improved power-to-weight ratio and even more dynamic handling,” said Winkelmann.

The Bugatti Centodieci is limited to just 10 units, each of which will be delivered in two years and of course, each buyer will have their choice of spec. Want one? Too bad. They’re all sold out and the cost of entry is rather high starting at EUR 8 million plus VAT.