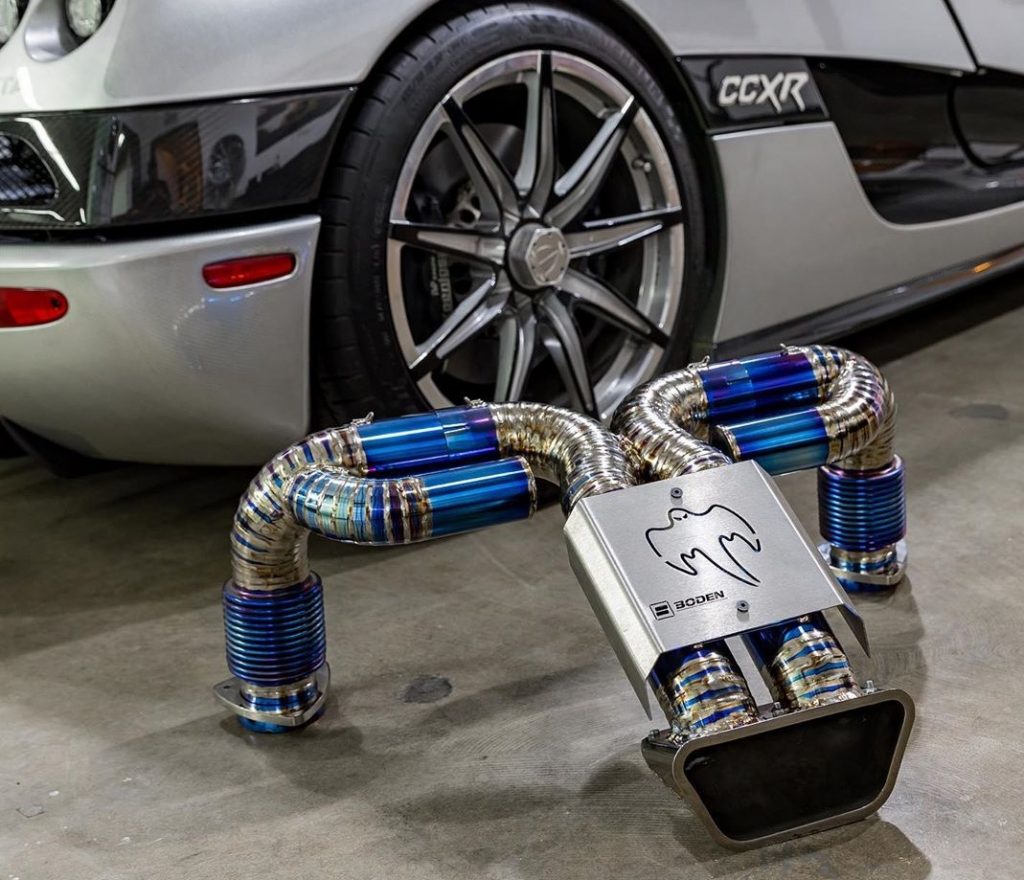 The folks over at Boden AutoHaus in California recently got their hands on a Koenigsegg CCXR to install a straight pipe exhaust system but it is not just a ‘regular’ CCXR, it is the Trevita variant (one used to be in South Africa) which means it is one of two in the world.

The Trevita was originally intended to be a limited edition of three examples. The white carbon fibre used for the Trevita made the car extremely difficult and time-consuming to manufacture so Koenigsegg decided to make the car even more exclusive and limit the number of Trevitas made to just two.

This example is likely the car that Floyd Mayweather once owned but now it sounds like the god of thunder thanks to a $25,000 (approx. R380k) titanium catback exhaust system.