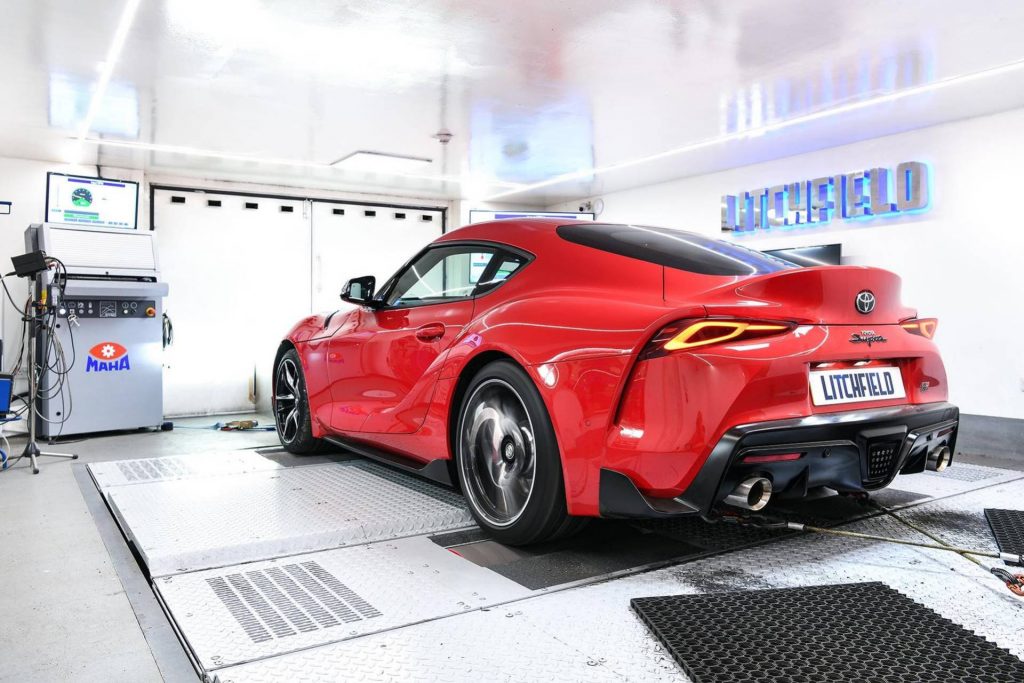 It’s no secret that the previous Toyota Supra was a playground for tuners. Predictably, tuners are itching to try out their own flavour with the new model. However, it was to the surprise of UK-based tuner Litchfield Motors when their dyno revealed that hardware upgrades are not strictly necessary when coming to tuning the BMW-sourced engine.

Litchfield’s curiosity though does not come from wanting to prove Toyota wrong, the tuner wanted to find out exactly how much power they are dealing with before putting into practice the big plans they have for the Japanese sports car. After running it on the dyno, Litchfield figured that it wouldn’t take much effort to get the Supra over the 400 hp (298 kW) mark and they were right. A simple software upgrade results in a spirited 420 hp (313 kW) and 597 Nm of twist! This kind of a jump is quite impressive as hardware components of the 3.0-litre turbocharged straight-six engine are left untouched. Thanks to BFlash, the ECU is easily programmed via the OBD port.

According to Litchfield, the B58 engine is capable of much more. The tuner suggests that a Milltek or Akrapovic exhaust setup can turn the Supra into an even wilder brute. The company also plans to do more than just power upgrades, a lowering kit, as well as suspension bush replacements, are on the way. These are expected to give the car more grip and steering feel.

Toyota Supra owners in the UK looking to sup up their 2020 model Supra can also expect carbon exterior tweaks to come out of the tuning company.